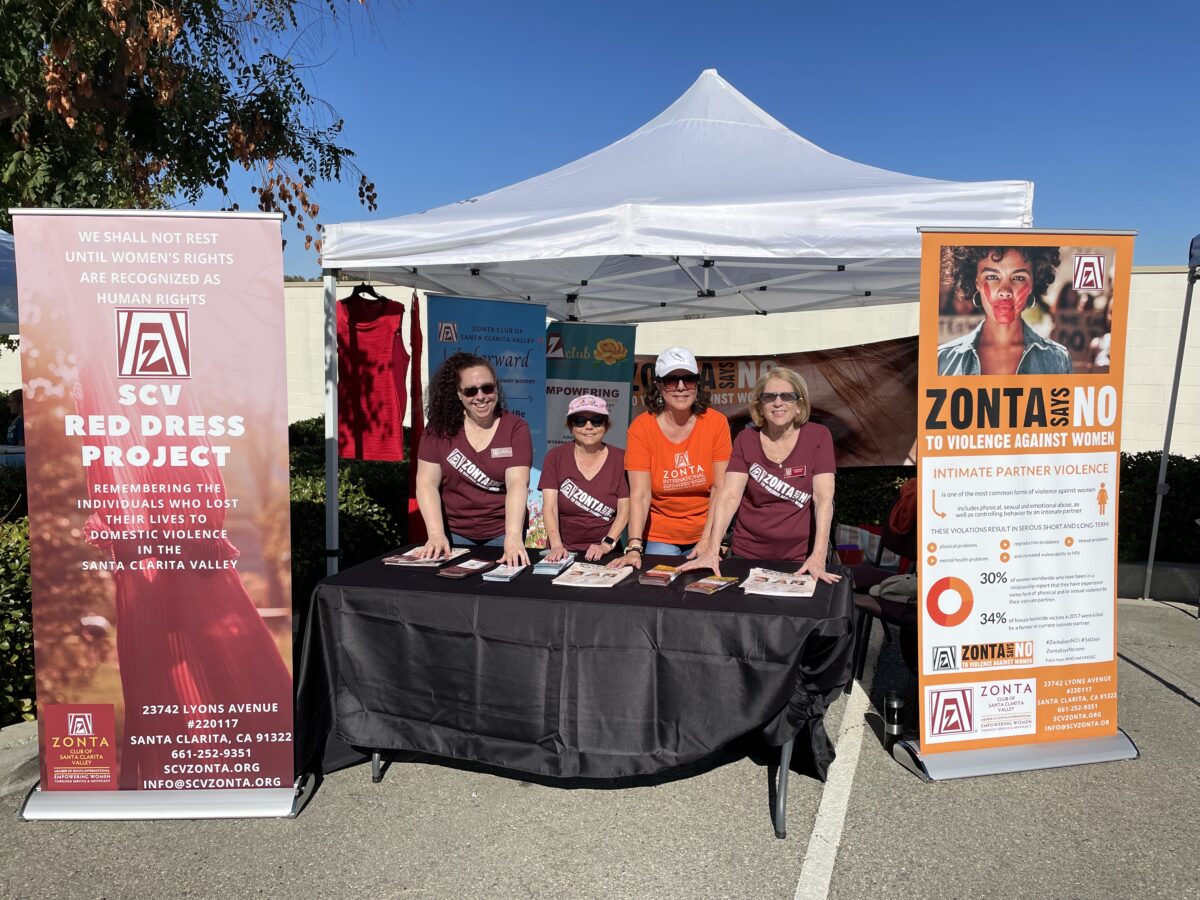 Thirty-five percent of women worldwide have experienced physical and / or sexual violence between intimate partners or sexual violence outside the partner. As part of the 16 Days of Activism Against Gender-Based Violence – an international campaign that aims to inspire action and end violence against women and girls around the world – the Valley Zonta Club de Santa Clarita, along with members of the local community, displayed the SCV Red Dress Project on October 16 during the Child & Family Center’s Purple Palooza Walk.

At the local level, Zonta clubs around the world have organized activities and events as part of the 2021 Zonta Says NO to Violence Against Women campaign, which focuses on the service and advocacy actions of Zonta clubs and districts. to prevent and end violence against women and girls in their local communities.

“As the world grapples with the COVID-19 pandemic, cases of gender-based violence are on the rise. Now more than ever, it is essential that we work together to end violence against women and girls, ”said Zonta International President Sharon Langenbeck, member of the Zonta Club of SCV. “Through the Zonta Say NO to Violence Against Women campaign, Zonta clubs around the world are joining together to make their voices heard to raise awareness about this issue and to stand up for survivors of gender-based violence.

Each year during the 16 Days of Activism Campaign, which runs from November 25 to December 10, Zonta International encourages its clubs to participate in advocacy efforts focused on prevention, protection and prosecution.

The SCV Red Dress project was inspired by the original REDress project. The first year that the SCV club displayed the red dresses was in 2016. It was created to advocate and share awareness of domestic violence within the community.

The REDress Project was created by Canadian artist Jamie Black in 2010. She initiated this project in response to the epidemic of missing and murdered Indigenous women in Canada and the United States.

At one of her art shows at a college in Thunder Bay, Ont., She hung over 100 red dresses on campus, indoors and out, as part of the REDress project. Black said the robes are empty to represent death and absence. She chose the color red because it means a lot of different things. It is the color of love, and also of shed blood. It means both the positive and negative aspects of being an Indigenous woman in Canada.

Red Dress Day has been commemorated on May 5 every year since 2017 in Montana. Red Dress Day is one of many campaigns that have started to draw attention to the disproportionate rates of violence against Indigenous women.

In 2016, SCV’s Zonta Club decided that this should be the club’s new project. It became a joint effort with the SCV Domestic Violence Center, the SCV Sheriff’s Station, and the City of Santa Clarita. The red dresses were displayed around the SCV for two weeks during the 16 days of activism. (25 Nov-10 Dec) The club decided to display them throughout the year, so the notoriety of the project will not be limited to two weeks.

The club started with six dresses to represent the lives lost between 2015 and 2016. Then a seventh life was lost in 2017, so another dress was added. In addition, that year a young man was the eighth life lost, so the club added a red sweater in his honor. The seven dresses and the sweater hang in trees in various places around the city, where they are exposed to the elements and blown by the wind to represent the lives lost.

The club are expected to present the project several times this fall during the Saugus Swap Meet and on November 23 at City Hall. For the full schedule, visit www.SCVZonta.org/advocacy.