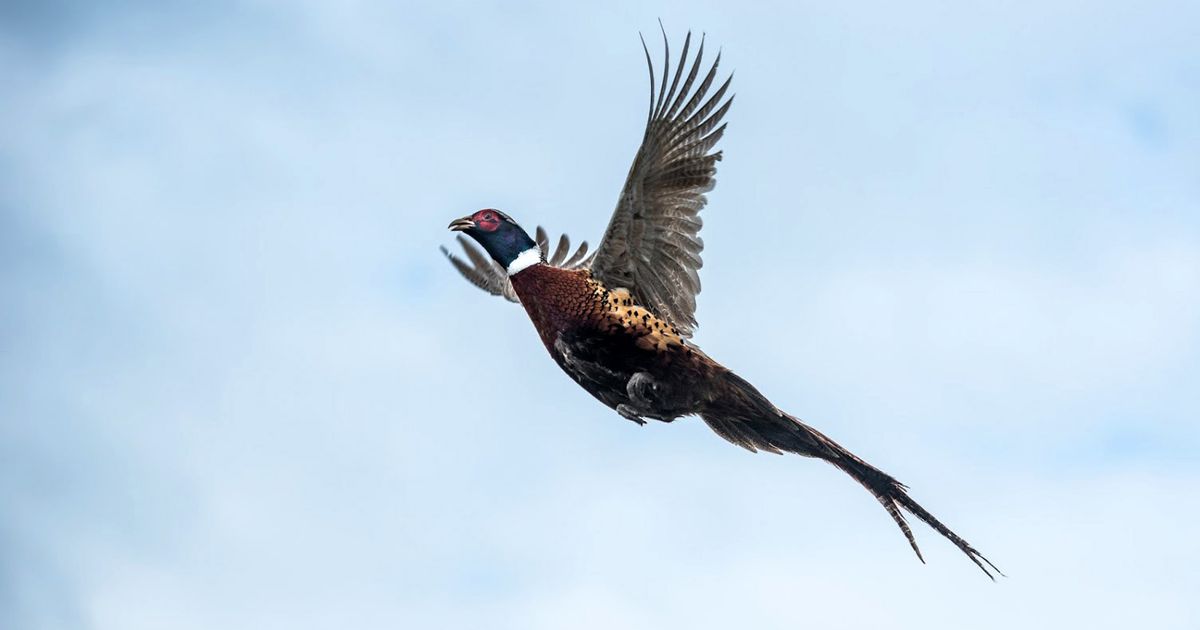 The following story was reported by The Utah Investigative Journalism Project in partnership with The Salt Lake Grandstand.

Less than two weeks after the Utah Division of Wildlife Resources (DWR) received a shipment of 500 pheasant hatchlings in June, “approximately 470” of the chicks have been found dead in their enclosures.

The dead hatchlings made up more than a third of the pheasants the agency planned to release for fall pheasant hunts in Emery and Carbon counties.

The chicks at the Desert Lake Waterfowl Management Dry Area in Emery County were young enough to be fed and watered by a DWR employee. When this employee went on vacation, the agency said another employee did not know which weekends to take care of the birds.

“Due to miscommunication, the pheasant chicks were not fed or watered for three days resulting in their deaths,” DWR spokeswoman Faith Jolley said in an emailed statement.

“It is very regrettable that this incident happened and we have taken steps to ensure that it does not happen again,” added Jolley.

Upland wild bird advocates, like Annelyse Biblehimer of Pheasants Forever, say farmed pheasants are vulnerable when released, even when properly cared for. Biblehimer worked on a pheasant farm before becoming a pasture and wildlife curator in eastern Utah.

“When you store them for hunting, rarely do any of them survive to breed,” she said of her work on the pheasant farm.

Utah, like many states, struggles to maintain the tradition of pheasant hunting relying on pen-reared birds as much of the upland game habitat is swallowed up by developments.

But the release of birds reared in enclosures is only a palliative measure that can even negatively affect the health of wild bird populations still present.

The Utah Investigative Journalism Project filed a request for documentation of the agency’s communications or investigation into the incident in which the chicks died of thirst and starvation and was told that there were no such records.

In an email also copied to seven DWR employees, the agency explained that no report had been created and that no employees had communicated with each other via email about the incident.

“We don’t have protocols requiring a formal report in these scenarios,” Jolley said. She noted that the employees worked in the same building and, through “internal discussions” about the incident, came up with a shared timeline and timeline to prevent it from happening again in the future.

An invoice provided as part of a records request shows the state paid $775 for 500 ring-necked pheasants on June 15, as well as $310 for 200 chukars, another game bird, from a ranch and from a local hatchery.

Jolley said the state is looking to replace lost pheasants to prepare for fall hunts.

“This successful program has been in place for the past decade,” Jolley said.

Pheasant hunting usually takes place in late November and the first week of December, with special hunts for youngsters held each year.

It’s unclear how many wild pheasants live in Utah because DWR stopped tracking them 20 years ago because their habitat was disappearing.

Dan Potts is an outdoor enthusiast, fisherman, hunter, and member of the DWR Regional Advisory Committee for the central region of the state. He says wild pheasants have long been hunted from most parts of Utah. Pheasants and other upland game once thrived in cornfields and farmland.

“So all of that farmland has been usurped by development of one type or another, and that’s where the pheasant has gone,” Potts said.

He says the state has invested in youth hunts with farmed birds that help get young people excited about hunting. They also give older hunters like him the chance to help out, while taking their pheasant dogs out and reliving their own childhood hunting memories.

“It’s good for their results because they have old farts like me with bird dogs who want to go somewhere to [hunt pheasants] and not pay a fortune,” Potts said, referring to various commercial pheasant hunting farms.

Farmed birds are also generally popular with hunters, as they are fed and fattened with corn and taste better than wild birds which Potts calls “lean, mean machines”.

He is a strong supporter of DWR pheasant hunts and their management, but he also recognizes that wild pheasants are better for all upland habitats.

But these birds face long struggles and have so far been “pushed and pushed until they have nowhere to go”.

“Good for the herd”

For Biblehimer with Pheasants Forever, a national wild pheasant advocacy group, releasing caged birds that cannot cope in the wild does nothing to help declining wild bird populations.

“When they’re released into the wild, they don’t have the skills or the know-how to thrive there,” Biblehimer said.

Jared Wiklund, spokesperson for Pheasants Forever, echoed this point and added that birds kept in enclosures can be easy prey that bring predators into areas affecting other bird species. He says their release can also have other negative effects on wild populations.

“The release of thousands of birds reared in enclosures for many years may diminish the ‘wildness’ of wild stock,” Wiklund said in an emailed statement.

His organization tracked the lost populations that disappeared as well as the endangered grasslands that stretched across the country like an ocean. Seventy percent of this land has disappeared since 1966, and with it 40% of grassland bird populations. Their disappearance is closely linked to the disappearance of ranches and pastures throughout the West.

Pheasants Forever hosts agricultural biologists across the country who help interested ranchers and farmers make simple changes to their properties that help support their farming interests and wild bird populations at the same time. Biblehimer, for example, works primarily with sage grouse in the Uinta Basin, where she advises ranchers on practices such as evenly distributing livestock watering facilities on their property. This benefits upland birds and also gets cows off the beach so they use it evenly, she said, instead of overgrazing and degrading areas around water.

Wiklund says that point goes to the band’s slogan that “what’s good for the bird is good for the flock”, with strong meadows supporting both herders and pheasants – not to mention “pollinators, water quality, big game species and climate resilience”.

Nationally, Wiklund says their organization, along with more than two dozen other conservation and sports groups, supports the North American Grasslands Conservation Act – sponsored by Sen. Ron Wyden, D-Oregon, and others – which would create a voluntary grassland and sagebrush ecosystem conservation program at risk with $300 million in funding.

Locally, Wiklund says Pheasants Forever has reached an agreement to hire a habitat specialist position for Utah who will help with pheasant habitat restoration goals.

Jolley said the state has worked to support the growing pheasant population, pointing to Utah’s Watershed Restoration Initiative which has helped protect more than 27,000 acres beneficial to pheasants. The state also maintains an upland game management plan that is updated every ten years, with the most recent plan approved in June.

This plan outlines proposals for working with nonprofit, federal, and state agencies to support wild populations. But he also notes that “pheasant populations in Utah are currently unmonitored,” complicating the goal of increasing their numbers. The plan notes that surveys previously provided data to the public on hunting prospects, but “loss of habitat in survey areas has reduced the effectiveness of field surveys and they have been removed from work plans. in 2001”.

While Wiklund says Pheasants Forever is thrilled to partner with Utah on habitat conservation, their organization in no way endorses caged birds.

“Over the past 50 years, colossal sums have been spent on additional storage programs,” Wiklund said. “If those dollars had been invested in habitat restoration, hundreds of wildlife species in addition to upland birds would have benefited.”