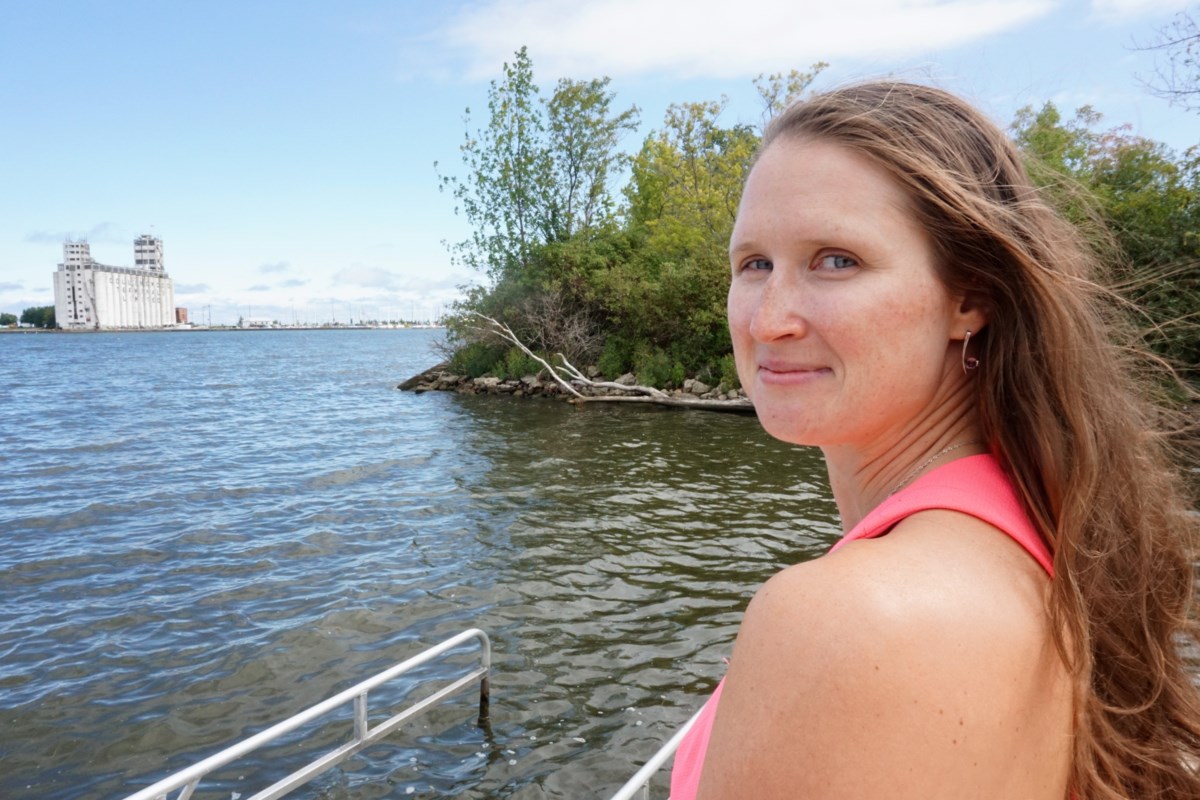 Victim, the lawyer overcomes the chances of swimming at the world championship

‘I’m proud to represent Canada on the world stage,’ says talented athlete who learned to swim at family spa

After three years of turmoil in her personal life, a swimmer from Wasaga Beach is ready to take the plunge and will represent Canada on the world stage in October.

But her journey to get here was a long one, and she says she would have had a harder time without the support of the southern Georgian Bay community.

Wasaga Beach resident Anastasia Boldireff will compete in the Oceanman World Championships in Greece on October 29, which is a five-kilometre open water swim.

“I think COVID has changed the world. For me, it took me from a short course swimmer to open water,” Boldireff said. “As part of my journey to the world and at the end of a legal process, the support I received from the community was really helpful.

“I am proud to represent Canada on the world stage,” she said.

The past three years have been tumultuous for Boldieff.

“I was the victim of a crime. I have spoken and acted as a victims’ rights advocate. I was stalked by a well-known serial rapist and had to flee the country,” she said.

According to reports from CBC News, in April 2022, 41-year-old Adamo Bono pleaded guilty to stalking Boldireff in events dating back to 2019.

The charges came after he was found not criminally responsible for two charges of sexual assault on two different women less than a year earlier, in December 2018.

“My return to Canada in the Georgian Bay community was a little difficult at first,” she said. “Personally, I felt helpless. When I google myself, that’s the only thing that comes up.

“To come home and feel that sense of community in Collingwood and the people who care…the people have been really wonderful and I have an extreme sense of gratitude,” she said.

Boldieff says she’s been a swimmer all her life. When she was a child, she bathed regularly with her father, also a long-time swimmer.

Although his family has always owned a summer home in Wasaga Beach, they moved to the town full-time about 10 years ago. Boldieff has lived there from time to time, as she is also working towards obtaining her doctorate from Concordia University in Montreal.

“I learned to swim in a hot tub. Whenever my family has moved, swimming has always been the focus of my life,” she said.

She began swimming competitively at the age of six and continued to compete through her undergraduate studies.

“There was this feeling that I had that, as I was over 20, that was it (for my swimming career). I find it interesting. I would like to try to make swimming more inclusive,” “Some athletes train for a career in longevity, rather than peaking in their 20s,” she said. I would like to have a longer career in swimming.

“Collingwood is an amazing place for athletes. I had so much support,” Boldieff said.

On September 15, Boldieff will speak about her experience as a victim of crime and the importance of swimming to her at a talk sponsored by The Collingwood Foundry and Rally Beer.

“At this event, I will talk about sport as healing and how I was able to find clarity, peace and grounding in swimming and training,” she said.

Boldieff is currently working on fundraising for his trip to compete in Greece on October 29, as well as finding a sponsor. She is looking to raise $5,000, but any funds raised above that amount will be donated to the Canadian Resource Center for Victims of Crime.

If you want to support her, you can read more about her story or contact her here.