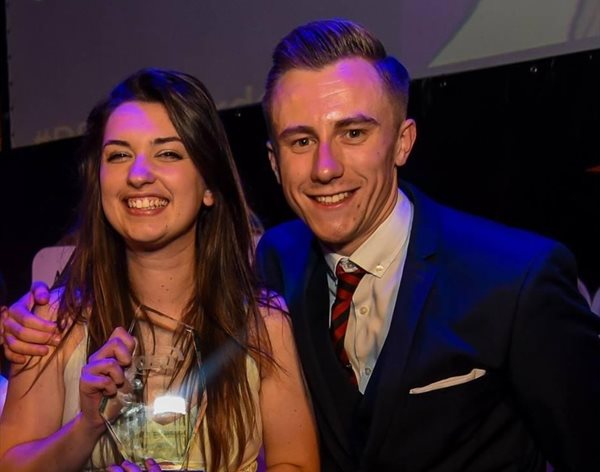 Runners of all abilities are encouraged to strap on their trainers and sign up for a fundraising event to raise money in memory of the late graduate and fellow De Montfort University Leicester (DMU), Adam Redfern.

The first-ever “Run for Redfern” fundraiser will take place on Sunday, March 6, and was organized by DMU alumnus Abi Battisto, who aims to make this an annual event where as many people as possible complete a sponsored run on same day.

Participants are invited to run a distance of their choice and from wherever they are based, and all money raised will go to the Adam Redfern Memorial Fund.

Created in memory of Adam, who died suddenly of cardiac arrest while jogging in March 2021, the fund aims to give students with a flair for media, journalism and sports the opportunity to boost their career opportunities.

“Adam was really in his physical shape, so a running challenge felt like a fitting tribute,” Abi explained.

“Run for Redfern is open to anyone and everyone who wants to take part. Many people who went to university with Adam now live all over the UK and some even work overseas. So the idea was to create an event that would give people the opportunity to fundraise and run from where they live.”

Adam has been, first as a journalism student, then as a key member of the Montfort Student Union (DSU) and finally as a member of the DMU communications team, ​an integral part of the university community for almost a decade.

The Adam Redfern Memorial Fund enables students who share Adam’s passions to make the most of their time at DMU through scholarships, fellowships, and monetary awards.

The fund also highlights and raises awareness of SADS (Sudden Arrhythmia Death Syndrome), when a person dies suddenly from cardiac arrest and no obvious cause can be found.

Abi will take part in the Run for Redfern challenge herself and has set herself the goal of running a 5km course in Abbey Park, Leicester – marking the five years Adam was part of her life at DMU. 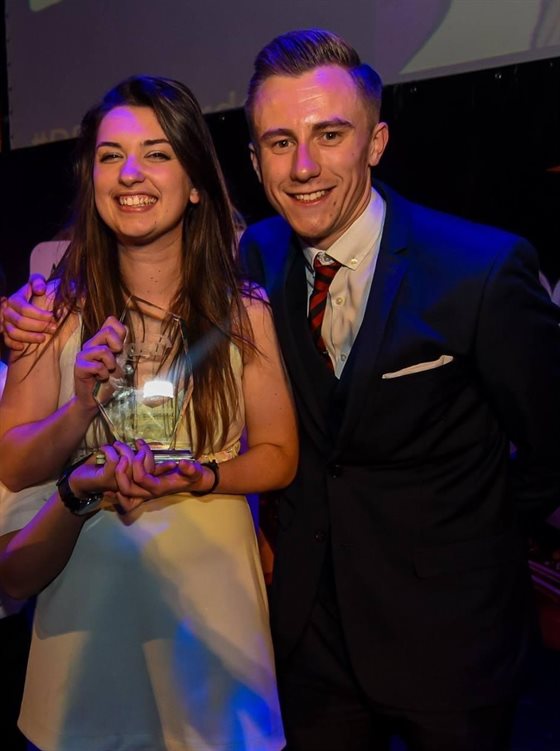 Abi met Adam when she was a student at DMU

“Adam would probably laugh if he knew I was doing a running challenge,” she continued. “I’ve never done running – I play in goal on the football field!

“But there is no pressure for participants to run long distances. We just want people to run as long and as far as they’re comfortable with.

“If they want to make it even more special, they could choose a big number related to Adam – for example, they could do 2km to mark his 2-year-old birthday.n/a January, 9.3 km for his year of birth, or 15 km for his football shirt number.

Abi met Adam when she was a student at DMU in 2013, and later worked with him when she was part of the DSU activities team, after graduating.

“I first met Adam when I was president of the DMU women’s soccer team,” she said. “I met him during Varsity, when he was commentating on our game.

“It’s no secret that men’s football tends to get more attention than women’s football, but Adam has always made sure that we have the opportunity to promote our team as well.

“That’s why the Adam Redfern Memorial Fund is such a fitting way to carry on his legacy, because he always thought of others and always wanted to create an amazing student experience for everyone he met.” 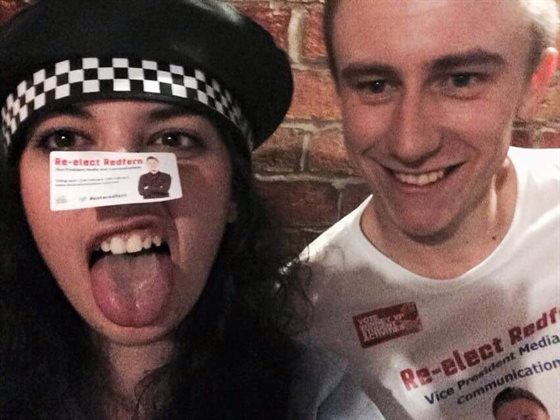 Abi and Adam have become friends over the years, crossing paths through the DSU

Speaking on behalf of him and his wife, Adam’s father, Ian Redfern, said: “Christine and I continue to be deeply touched by the number of people who are willing to give their time, their energy and money to support the goals of the Memorial Fund.

“Every penny we raise helps ensure that Adam’s legacy can continue through the various initiatives already in place to benefit others. Indeed, we expect to announce a positive update on some of these plans very soon.

He continued: “March 2 marks the anniversary of Adam’s passing, so the timing of this event is very fitting. It’s a perfect tribute to our son. We are indebted to each of his friends who participated, no matter how far they felt able to run.

“Christine and I plan to be at Abbey Park ourselves, so that we can personally support those running locally. Likewise, we look forward to seeing and sharing photos of those taking part across the UK and beyond.

“We wish you all good speed and keep our fingers crossed for a favorable day of running!”

Additionally, AJ’s Print House in Loughborough manufactures and sells Run for Redfern t-shirts for attendees, with £7 from each t-shirt sale donated to the Adam Redfern Memorial Fund. These can be ordered directly from AJ’s Print House here. 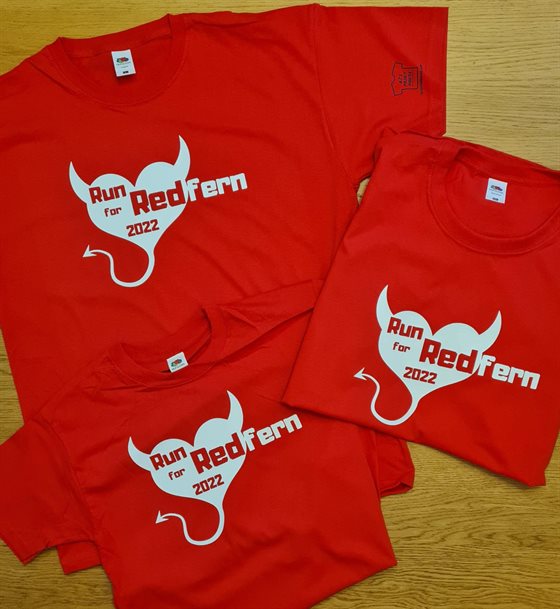 Abi will start her run at the Abbey Park Pavilion Cafe at noon and anyone wishing to join her is welcome. Entrants are also encouraged to share photos using the #RunforRedfern hashtag and @RedfernFund tag on Twitter.