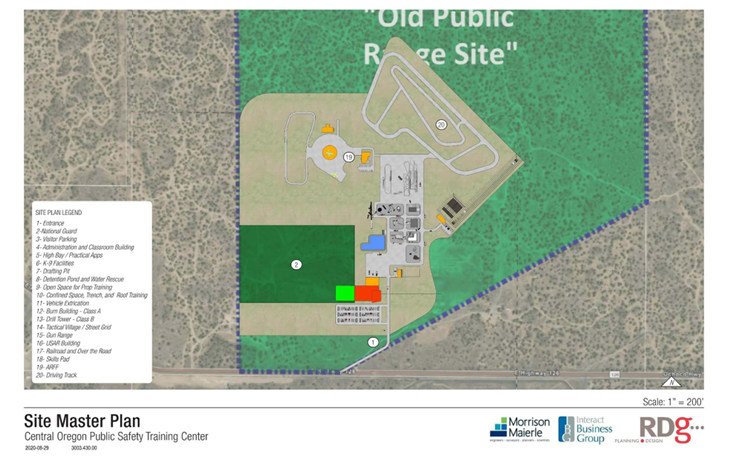 REDMOND, Ore. (KTVZ) – The Central Oregon Intergovernmental Council provided an update on a proposed regional emergency coordination and training center on Tuesday evening at Redmond City Council and has received support from several councilors for it. ambitious project.

Looming threats and a rapidly growing region are just some of the reasons Shelby Knight, resilience planner at the Central Oregon Intergovernmental Council, said the regional emergency coordination and training center was needed in central Oregon.

The idea of ​​a centralized hub in central Oregon that would collaborate and coordinate agencies during a disaster was envisioned over a decade ago, but began to gain momentum in 2018. It is proposed for the former Deschutes County-owned Redmond Rod & Gun Club range. near Redmond Airport.

“It’s really envisioned as this emergency coordination center, which is in a centralized location for emergency response and incident recovery operations,” Knight said Tuesday.

CJOC’s Community and Economic Development Officer Scott Aycock told NewsChannel 21 previously that central Oregon currently has inadequate facilities to meet the needs and requirements of the training and coordination center. regional emergencies in central Oregon, from forest fires to earthquakes.

This is the first part of many phases that aim to make the site the primary incident support base for statewide rescue and recovery operations in the event of a disaster, such as earthquake. land in the Cascadia Subduction Zone off the Oregon coast.

“In addition, the region does not have a multi-agency coordination center dedicated to emergency operations, nor an adequate emergency 911 center with redundant emergency dispatch capabilities,” the report said, which presents six potential phases and a total cost that could approach $ 100 million, if it materializes.

The RESTCC-CORE 3 hub is designed as a multipurpose space to house a multi-agency coordination center dedicated to emergency operations and an emergency 911 center with emergency dispatch capabilities, a training center to meet needs for existing and mandatory training of local, state, and federal public safety personnel; and for sheltering forest and structural fires from Central Oregon Community College and other related programs.

Knight says the center has the support of several agencies.

“No one owns this project – it’s just a multi-agency, multi-jurisdictional process, so it’s going to describe how we’re going to work together,” Knight said.