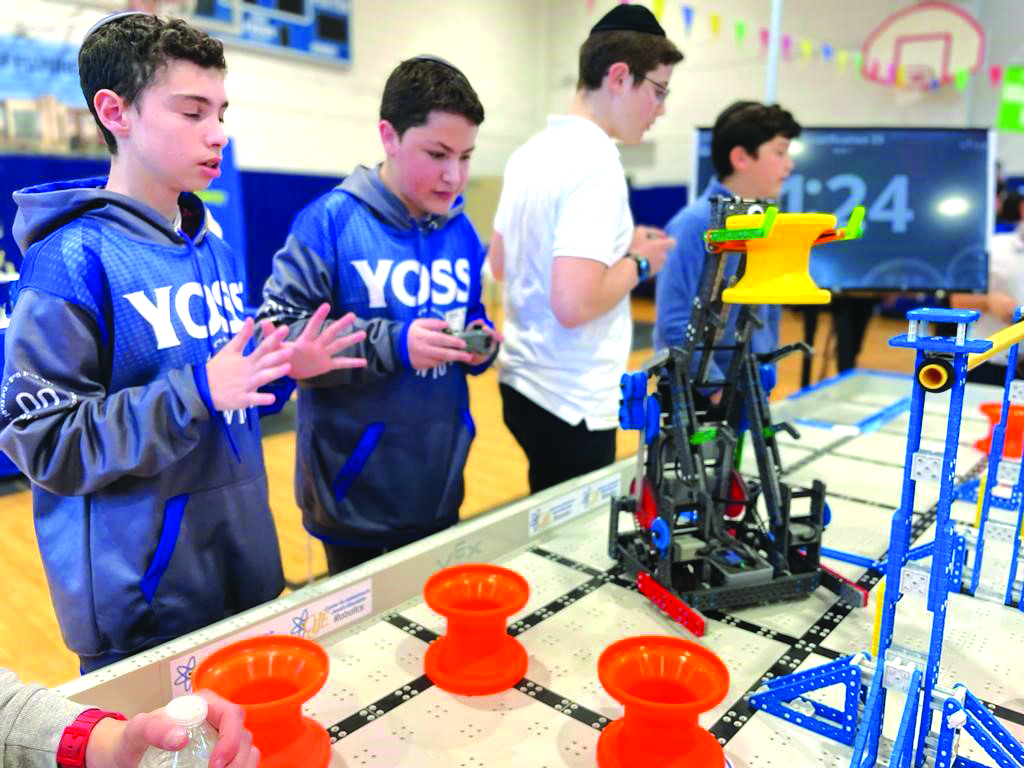 NEW YORK – Yeshiva advocacy organizations in New York are reaching out to their constituents to undertake a letter-writing campaign opposing regulations on private school curricula, as the state seeks to institute rules that would dramatically expand the government oversight of private schools.

“Our ability to continue to exist as Klal Yisroel is threatened by a few disgruntled people who have left our community and whose lobbying has resulted in regulatory proposals that would threaten our ability to continue our beautiful mesorahsaid Rabbi Moshe Dovid Niederman, a leader of PEARLS (Parents for Educational and Religious Liberty in Schools).

New York State law has, for more than a century, required that private schools provide a “substantially equivalent” education to that of public schools, but the law has never specified how “substantial equivalence is determined. In 2015, some former yeshiva students who have since left the Orthodox community claimed they had not received a substantially equivalent secular education, and state authorities have since struggled to formulate specific regulations to certify substantial equivalence. But heads of private schools and parents oppose the regulations, which they see as an attack on religious freedoms and parental rights.

Under the proposed new regulations, private schools would have to meet the substantial equivalency requirement through one of several routes, such as registering as having a Regents program; be accredited by a government-approved accreditation body; or be assessed and deemed compliant by the local school authority, which is the chancellor of schools in New York and the local school board elsewhere.

Children who attend a school deemed not substantially equivalent would be considered truant and their parents could be imprisoned.

“For 70 years, New York’s Hasidic community, which had to flee Europe due to religious persecution, has enjoyed freedom of religion,” Rabbi Niederman said. “And now it’s all under attack.”

Yeshiva advocates who spoke with Hamodia consider the newly proposed guidelines slightly better than the previous version, as there is no longer a requirement for specific teaching hours in particular subjects. Rather, the new guidelines would provide multiple pathways to substantial equivalence. If a school’s preferred path is assessment by the local education authority, the regulations discuss factors that “must be considered”, including whether a variety of subjects are taught, but do not provide strict criteria.

But the yeshiva community still opposes the regulation as an improper intrusion.

“We understand that to function in America, our children need a strong secular education,” said Harav Yaakov Bender, Rosh Hayeshiva of Yeshiva Darchei Torah and member of Vaad Roshei Yeshiva of Torah Umesorah. “But we cannot lose control over what and when we teach in our yeshivas. We look to our rabbanim, roshei yeshivaand your Torah to tell us what to teach, and we will not allow strangers to tell us what is good for us.

Proponents of yeshivas establishing their own programs say the results prove that yeshivas education is successful in preparing students for a life as both a religious Jew and a good citizen.

“Yeshiva graduates not only become rabbis and scholars and lead civic and charitable organizations, but they have ventured into virtually every field and industry and started successful businesses, employing people from communities all over the world. New York State,” Rabbi Niederman said.

More than 300 yeshiva-educated mental health professionals recently submitted a letter, stating, among other things, “The narrative that a yeshiva education is inadequate for career success is simply not true; our education has allowed us to successfully complete college and graduate school, and for some of us, doctoral-level training. Our experience has been that high level general studies are indeed taught in our yeshivas. Moreover, Judaic studies are not a mere distraction from education as described by the new guidelines. On the contrary, the skills acquired in Judaic studies have directly contributed to our academic success, including but not limited to the ability to analyze textual documents, the language skills of learning two or more second languages , writing skills, logical reasoning, legal process, history and civics, etc. This is in addition to the ethical and moral framework they imbue: if you need a tire change, emergency medical care, a donation, a hot meal, a monetary loan, professional mentorship, a referral, or a place to sleep — our thriving network of voluntary social service organizations provide all of this and more, a direct result of the unique value system taught in yeshivas.

Even for yeshivas whose secular curriculum meets currently proposed regulations, “there are concerns about what happens when the final arbiter of how your children are raised is not the parents but the government,” said Avrohom Weinstock, chief of staff at Agudath Israel. .

“No one should think they’re immune to the excesses that these regulations represent,” Weinstock said. “Even if your school may cringe under the currently proposed regulations, are you confident that in five years the government will not change the requirements in a way that excludes your school? And all it would take is one disgruntled college student from 20 years ago to start causing trouble.

“The main anti-yeshiva instigator said he wanted to stage an ‘intervention’ for yeshiva parents,” Weinstock continued. “Respectfully, the term is generally used in the context of drug addiction. Characterizing our decisions about how to raise our children is one such way of reflecting their views on yeshiva education in general.

Among the newly proposed regulations that have met with the fiercest opposition from yeshiva advocates is a provision that even after a yeshiva has been found to be substantially equivalent, “persons who consider themselves aggrieved” by the decision may challenge.

“It’s inconsistent with the general legal requirement to show up in any other area of ​​law,” Weinstock said. “Why should someone who has never attended, sent a child to, or even entered a particular yeshiva have the right to file a complaint and have that yeshiva investigated? This opens the floodgates to false complaints from troublemakers who harbor animosity towards our community – of which, sadly, there is no shortage.

In urging the Orthodox community to send letters opposing the regulations, Weinstock highlights the success of the 2019 letter-writing campaign.

“This public consultation period is prescribed by law; the Board of Regents must consider our comments before voting on these settlement proposals. We have already shown how effective we can be. Now, it is again the responsibility of every parent, student, and yeshiva graduate to spend a few minutes advocating for the yeshiva education that we pay dearly for and invest our time and kochos for the education of our children.

All comments must be submitted by organizations to the state education commissioner by May 30.