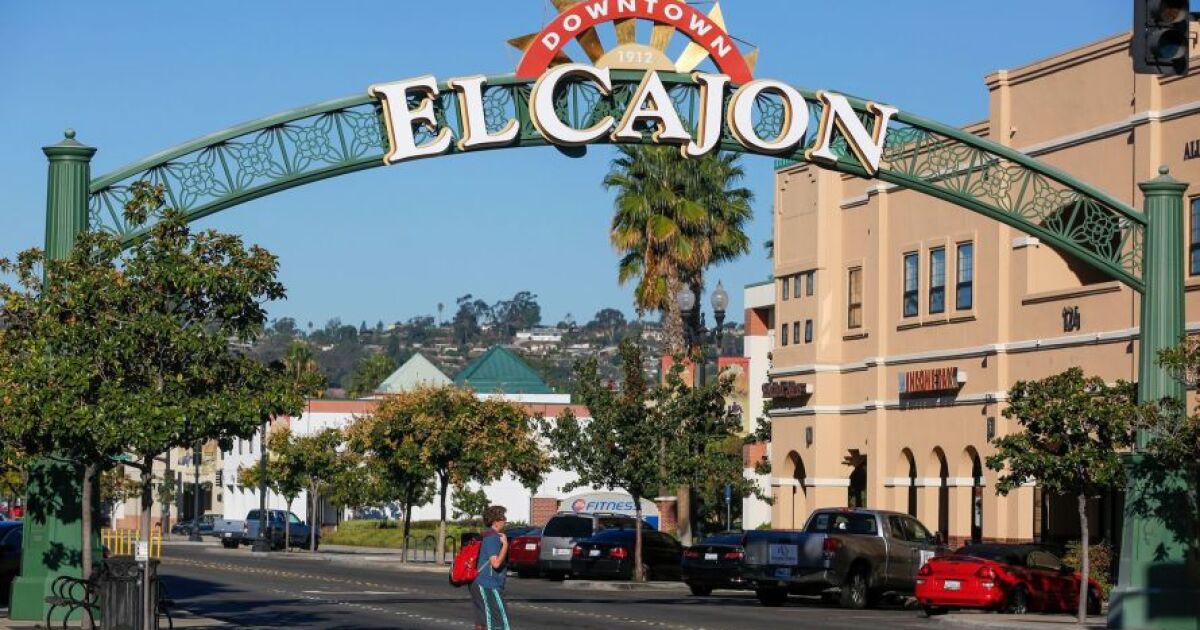 Opinion: By refusing to change its city council quarters, El Cajon is leaving immigrants behind

Ibrahim is a Palestinian American and an organizing member of the Partnership for Advancement of New Americans (PANA) who has been monitoring redistricting processes across the state for months. He lives in Encinitas.

The town of El Cajon completes its recutting process determine the boundaries of its city council districts for the next 10 years. But there is a catch. The city council is shirking its responsibility to comply with an important state law (the FAIR MAPS law), and instead adopts the exact map by which the current council was elected. Tuesday, he vote in favor of this existing card. A second final vote is scheduled for February 22.

We provide this platform for community feedback for free. Thank you to all Union-Tribune subscribers whose support makes our journalism possible. If you’re not a subscriber, consider becoming one today.

By not redistricting, City Council is ignoring the voices of underrepresented communities who have advocated for fair and representative neighborhoods.

El Cajon City Council says nothing has changed since the current map was drawn in 2017, and that’s exactly what the FAIR MAPS Act, passed by the California Legislature in 2019, sought to prevent: elected officials from prioritizing their tenure over the communities they represent. Months of oral and written testimonies from members, leaders and organizations of the Arab, Middle Eastern, Muslim and South Asian (AMEMSA) community in El Cajon demonstrate the city’s changing demographics and growing communities of refugees.

Publicly submitted map projects provided the board with examples of how these communities wanted, and more importantly, could be mapped in a district that would comply with federal and state law and provide much-needed representation to these historically marginalized communities. Faced with these proposals, however, council members repeatedly expressed concern, and ultimately rejected, consideration of any map that would take them out of their current districts and make them competitors for the same seat.

One of the most important aspects of the FAIR MAPS Act is the requirement that redistricting bodies center “communities of interest”, defined as a community that shares common social and economic interests that should be included in a only district for the purposes of its efficiency and fairness. representation. Instead, by continuing with its current map, the council blatantly ignores and divides clearly defined communities of interest in favor of the political interests of council members.

Members of the Arab and Afghan community of El Cajon participated in each of the city’s four required redistricting hearings — a huge accomplishment for a community that has resettled in the United States over the past decade and has been depoliticized due to government programs that operate to monitor, intimidate and criminalize our communities into silence. These residents have consistently presented their community of interest to the city council, explaining that they are mostly Arabic speakers, employed in the service sector, have a lower socio-economic status and are tenants with large families.

Yasmeen Obeid, advocacy coordinator at the Majdal Center, a lead Arab community resource center in El Cajon and San Diego County, said community members engaged more than 300 community members in the production process. of our map project. However, the city council decided to ignore it.

El Cajon, in particular, is home to one of the largest populations of new immigrants and refugees in a county that has always welcomed more refugees than any other county in California. Sacramento, Los Angeles and San Diego counties were the main destinations for refugee arrivals in California.

These growing communities are disproportionately affected by housing insecurity, gentrification, criminalization, lack of access to health care and Islamophobia. These barriers are even more striking in El Cajona city where 1 in 5 people live in poverty, and child poverty rates are highest in East County cities at nearly 30%.

So fair representation is more critical than ever, especially at this particular time. Indeed, it is very likely that our region will experience one of the largest resettlements of Afghan refugees in the state, many of whom are already resettled in El Cajon. The refugee community in El Cajon therefore has a direct and essential interest in direct representation to address the adverse effects of community disinvestment.

Immigrants, refugees and AMEMSA communities have been an integral part of the fabric of this country for generations, and especially in San Diego County. They have a stake in this redistribution process that could dictate their access to resources for the next 10 years and provide them with the opportunity to lay the groundwork for change.

By neglecting community input and moving forward with the 2017 map, the El Cajon City Council is not only addressing the criteria required by the FAIR MAPS Act, it is preserving an outdated status quo that ignores the needs of its most marginalized residents.

The city council still has plenty of time to comply with the law and adopt a map that does not divide the communities of interest. We ask them to do what is right.