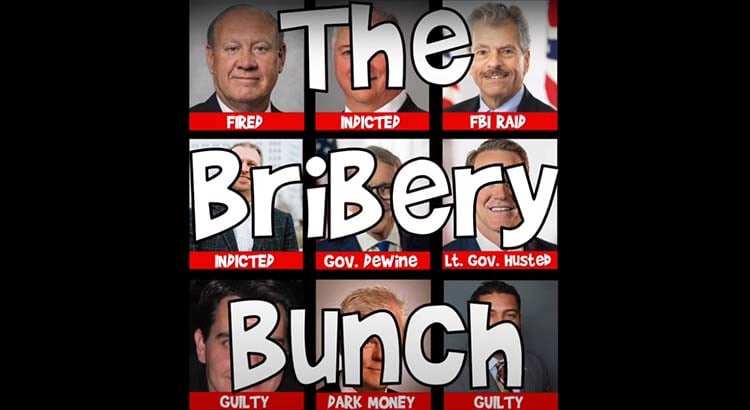 The fourteenth video in the Crime with DeWine series, the video uses the infamous Brady Bunch style and opening jingle to specifically name those most closely tied to the scandal, including Governor Mike DeWine and Lieutenant Governor Jon Hosted.

All previous Crime with DeWine videos can be viewed on the Ohio Citizen Action YouTube channel or at www.crimewithdewine.com. Nearly 32,000 people watched the campaign launch video.

“We are approaching the second anniversary of the announcement of the House Bill 6 scandal,” said Rachael Belz, CEO of Ohio Citizen Action. “In those two years, the people of Ohio have called on Governor DeWine and Lieutenant Governor Husted to demonstrate the kind of leadership needed to get money out of public services and influence out of government politics. ‘Ohio. We demanded that they institute real reforms to the Ohio Public Utilities Commission (PUCO) and reject campaign contributions from regulated electric utilities. We haven’t heard a single word from the governor’s office in response to our calls.

On Wednesday, June 1, Ohio Citizen Action staff and volunteers took to the streets of downtown Columbus with signs and flyers calling on the administration to “end the culture of corruption” and to accept “No More Utility Campaign Cash”. They flanked a mobile billboard that parked between the Statehouse and the Riffe Center that directly asked the governor why the culture of corruption persists in Ohio after House Bill 6.

Thousands of Ohioans have sent letters, made phone calls and communicated directly with the governor asking him to clean up PUCO and immediately replace staff members who still have ties to FirstEnergy, the former chairman of House Larry Householder and former PUCO. President Sam Randazzo.

“Going back to the Brady Bunch days, the DeWine administration’s lack of leadership is anything but groovy,” Belz said. “Until we see real change in the way regulated utilities operate in Ohio, our state’s taxpayers will continue to fund dirty coal plants on their bills every month while power companies hold the reins and control public policy. We deserve better, and we deserve a governor and a lieutenant governor who will protect the people of Ohio instead of utility company profits. We deserve answers, Governor DeWine.

The Crime with DeWine campaign will continue to air videos on Tuesdays at 2 p.m., spoofing the popular “Wine with DeWine” press conferences conducted by the Governor and Lieutenant Governor at the start of the COVID-19 quarantine.

The Crime with DeWine effort is not related to any election-related activity or partisan campaigning. Rather, this grassroots effort specifically calls on Governor DeWine and Lt. Governor Husted to act in their current roles of official administration to reduce public service corruption and implement real reforms at PUCO.

Can a reverse rollover reduce your client’s tax bill?