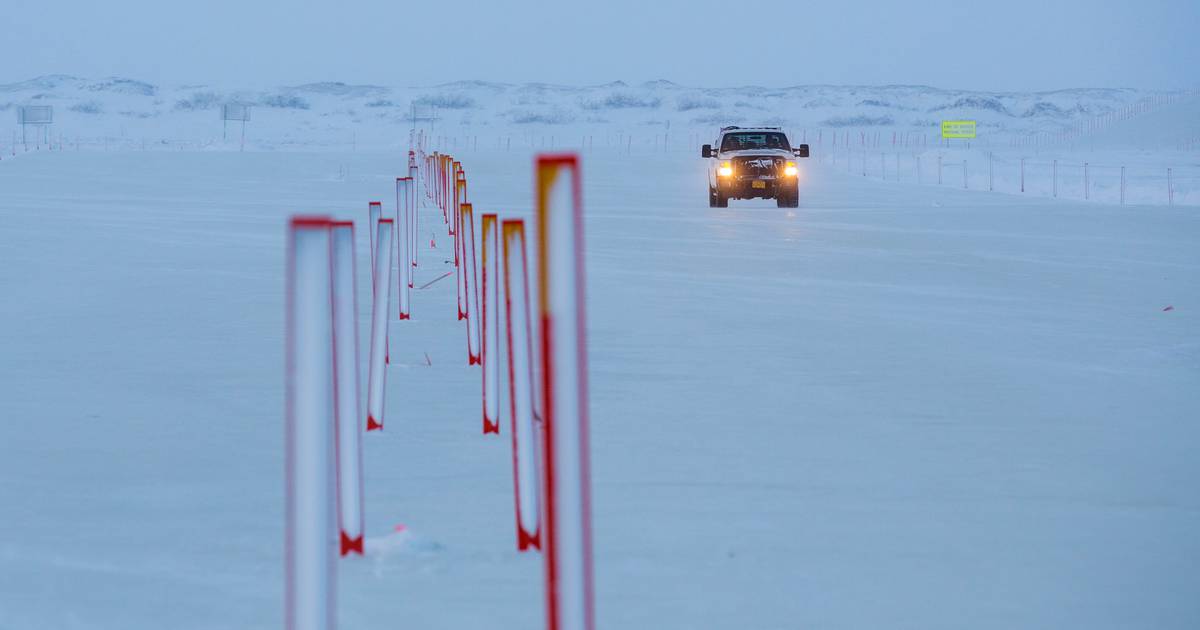 Willow is a ConocoPhillips project on the North Slope that could produce more than 180,000 barrels of oil a day and generate billions of dollars in revenue for the state. The Biden administration released a draft supplemental environmental impact statement earlier this month — a stage of the federal approval process. The project could produce 278 million metric tons of carbon dioxide emissions over 30 years, according to the draft environmental review.

Murkowski and Sullivan’s letter to Haaland said the “timely completion” of the approvals process is important for development to begin during this winter construction season.

The publication of the draft revision opened a 45-day public comment period as the two Republican U.S. senators from Alaska and top North Slope leaders push for the comment period to end as scheduled, some environmental and Indigenous groups are pushing for an extension.

Sullivan said he thinks the administration will end up approving Willow. The senator said Biden assured the congressional delegation that he was in favor of the project.

“The key issue is that they have to stick to that timeline,” Sullivan said in an interview. “These companies that are going to invest billions of dollars, they don’t have forever.”

Rebecca Boys, a spokeswoman for ConocoPhillips, said the company also wants the Biden administration to move forward. “We have spent years planning this project and working with local North Slope communities to solicit feedback,” she said in an email. “Further delay would only postpone the immense benefits of the project.”

Both Murkowski and Sullivan slammed the White House in speeches on the ground Wednesday for taking other steps slowing oil development in Alaska and then traveling to Saudi Arabia to boost global oil supplies. Sullivan called the approach an “insult” and Murkowski called it a “punch.”

[Oil prices are through the roof. Here’s why job numbers in the Alaska oil patch are not.]

The senators cited support for Willow from the Federation of Alaska Natives and the Association of Alaska Native Villages in their letter to Haaland. Also, Morrie Lemon, Executive Director of the Arctic Slope Iñupiat Community, Harry Brower Jr., Mayor of North Slope Borough, and Rex Rock Sr., President and CEO of Arctic Slope Regional Corp., sent a letter on 21 July to Haaland to oppose requests to extend the comment period.

“A delay is unnecessary, detrimental and contrary to the interests of Alaska Natives who inhabit the North Slope.” said the letter.

However, not everyone agrees with the current schedule.

Environmental and Aboriginal groups sent their own letter in Haaland in June, highlighting conservation and pollution issues. Their letter, signed by 18 groups, including several based in Alaska, called for allowing Willow a legacy-defining decision.

The groups said approving the project would run counter to the Biden administration’s climate goals. Last year, Biden said the United States should strive for a 50-52% decrease in greenhouse gas pollution levels from 2005 by 2030.

“It’s shocking,” said Sierra Club Alaska chapter director Andrea Feniger. “It’s surprising that they believe this project can go forward and they can still achieve these goals, because it’s just not possible.”

Boys with ConocoPhillips said the project is consistent with the administration’s “fundamental principles of environmental and social justice” and that Willow Oil “represents some of the most environmentally and socially responsible barrels that can be developed anywhere. “.

Alaska Wilderness League state director Andy Moderow criticized the time given to the public to comment on the environmental review, saying 45 days was not enough.

“The shortest period required by law is not sufficient to consider impacts on the climate, on people living on the land,” Moderow said.

Mayor Rosemary Ahtuangaruak of Nuiqsut, the village closest to the proposed project, said the comment period does not give the community enough time to review the new environmental review and provide feedback.

“We really want an extension to the comment period,” she said. “It is very difficult to be on the lands and waters bringing together our traditional and cultural resources, when we have the activity of turning to read these big documents related to the modification of our lands and waters.

“Forty-five days is not enough,” she added. “One hundred and twenty days would give us enough time to really go through the document as it is supposed to be done.”