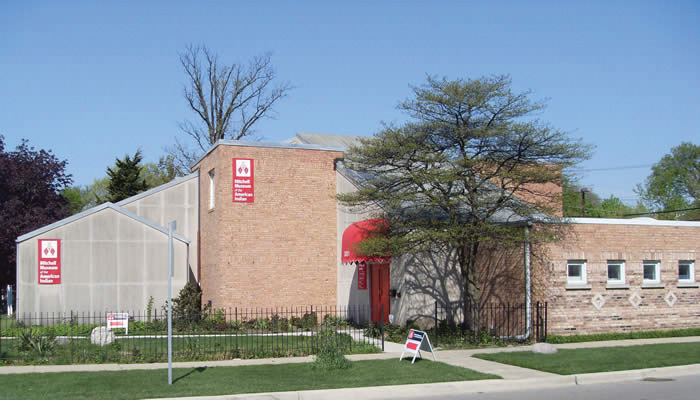 All three awards are named after Elizabeth Seabury Mitchell, one of the founders of the Mitchell Museum; Woodrow “Woody” Crumbo, a Native American artist and musician; and Native American activist Dr. Carlos Montezuma.

Delina White of the Chippewa Tribe of Minnesota and the Leech Lake Band of Ojibwe, who was absent from the event, received the Woodrow Crumbo Award for her work in developing and preserving Native American art. Cheryl Crazy Bull, who is Sicangu Lakota, received the Elizabeth Seabury Mitchell Award in recognition of service and philanthropy to Native American culture.

Crazy Bull’s Lakota name is Wacinyanpi Win, which means ‘They depend on her’. Mitchell Museum Acting Executive Director Mary Smith said the meaning reflects the work Crazy Bull has done for its community.

“She advocates for self-determination, with an emphasis on the Indigenous voice, philosophy and traditions at the heart of the people’s work to build prosperity for present and future generations,” said Smith.

As President and CEO of the American Indian College Fund, Crazy Bull invests in Indigenous students and their education.

Crazy Bull added that it is essential to integrate indigenous representation into school curricula at all levels, and that indigenous peoples must be provided with equitable employment opportunities. Indigenous voices must also be included in decisions on issues such as health care, transport, housing and the use of natural resources, she said.

â€œBeing visible also means that we have access to the resources we need to regain the life of abundance that our ancestors lived,â€ said Crazy Bull. “I consider this to be justice.”

After receiving his award, Baca spoke about the struggles he faced as a Native American lawyer, including dealing with all-white courtrooms and racist supervisors. He spoke of the need for greater representation of Native Americans in the justice system.

At a talk in Texas about 15 years ago, Baca said a member of the public approached him and said that a talk he had previously given on his campus prompted her to continue her studies. studying law, despite being one of the only Indigenous students at her institution. The week before the student met Baca at the conference, she passed the bar exam, Baca said.

Baca never forgot this conversation. The impact he had on another person’s life was something that pushed him to pursue law school, he said.

â€œYou always hope, when you talk a lot, that you have a real message,â€ Baca said. â€œOccasionally, if you’re lucky, you find out how effective your truth was. “