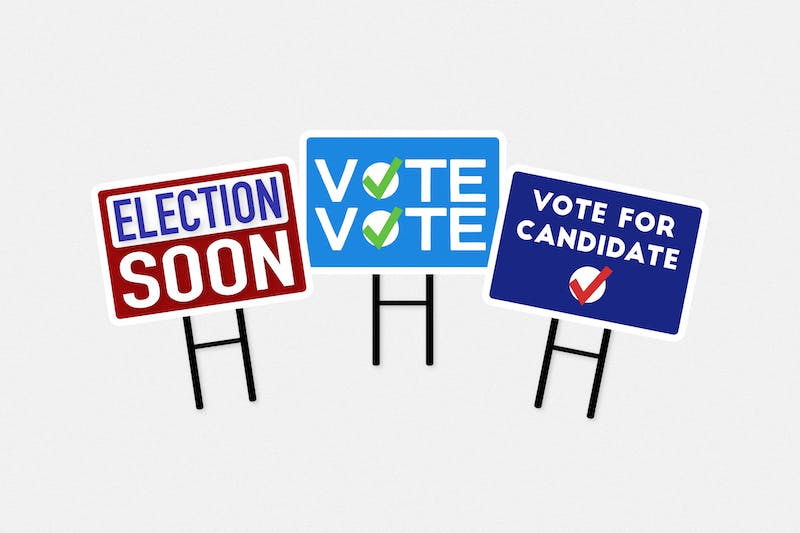 Those who know me know my love for all that is political. My dorm is decorated in red, white and blue, with an American flag as the wall art. The phrase from the song “Lady Like” by country music artist Ingrid Andress (which can often be heard playing from my bedroom) could have been written about me: “Sometimes I forget not to talk about politics / When I’m in the middle of getting hit on. ”

Growing up, however, I was often told that politics was an arena where my altruistic intentions would be stifled by self-interested people who didn’t care about the voters they represent. Despite constant warnings, my fascination with the US government has proven too strong for me to resist, as evidenced by my foresight in philosophy, politics, and economics.

Last semester I started to lose confidence in my belief that the warnings given to me were wrong. In the wake of the 2020 presidential election and the escalation of national partisanship, my confidence that our country’s politics were an enterprise worth pursuing was rapidly fading. At Penn, I have seen groups personally attacking debaters in a Penn Government and Politics Association debate, heard my friends actively restrict their political views for fear of academic or social repercussions, and even face unsolicited comments on my own articles.

My conclusion ? Politics, at Penn and elsewhere, turned out to be exactly what I had always been told it was: a collection of fruitless arguments between often closed-minded people who had lost sight of their original intentions to ” help their communities. Why should I bother? I remembered this question this summer when I had the fortuitous opportunity to compete in local and national races in Connecticut.

Like many of my peers at Penn, my exposure to politics had been exclusively national. I didn’t know anyone who had ever come to a local or state office. My family away from politics had never even had an election campaign sign, let alone a municipal one. This summer, however, my Twitter feed quickly moved from national news to coverage of the Connecticut State Legislature and Stamford Council of Representatives. The change was refreshing. I have had the privilege of working on campaigns filled with people of integrity with a shared common goal of serving the communities they love. It was inspiring to be surrounded by individuals in the political sphere who were genuinely honest, who worked hard, and who listened to the people they sought votes from – a lost art among national candidates.

In reaching out to my hometown, I was also forced to deal with the general lack of civic engagement and information from my neighbors and, in a way, myself. Family dinners and campfires with friends were filled with discussions about the importance of voting in the State Senate Special Election in the 36th District of Connecticut, a topic that has required persuasion even among those who rushed to the polls in November for the presidential election. As I got more involved in the campaigns, I realized how much I had to learn about the issues in my community, even though I bragged about being “civically educated.” “.

This lack of commitment is also true across the country. On average, only 15 to 27 percent of eligible voters voted in local elections, and the numbers are even worse for young people, with those 65 and over being seven times more likely to vote than those aged 18 to 34. These figures are against a turnout of around 60% in the presidential elections and 40% in the mid-term. We saw similar numbers in our own special election with a 26.7% turnout in the 36th District of Connecticut, a number higher than the 13% turnout in a Senate special election of the state in the neighboring district seen earlier this year.

The lack of local participation in the United States is ironic given our highly federalist structure, as so much power over the day-to-day activities of individual citizens is delegated to state and municipal governments. In addition, state legislatures are significantly more efficient at passing bills than the US Congress (regardless of party distribution). State governments pass about 25% of the legislation presented to them, compared to 4% for Congress.

Due to the nature of matters delegated to local governments, partisanship has less room. The national talking points do not go any further on issues like infrastructure and education where everyone, regardless of socioeconomic status, race or gender, sees the success or failure of the tax money. How quickly you can get a fallen tree out of your way or new computers for your local high school just doesn’t depend on DNC or RNC platforms. Likewise, the recent pandemic has proven the important role of local governments, with mayors across the country dictating closures and masking mandates and governors using emergency powers and controlling vaccine deployment.

Receive our newsletter, Dear Penn, delivered to your inbox every morning of the week.

By shifting our political focus to where our founding fathers intended – the chambers of our state capitals and town halls – we can help tackle the most important issues that plague our discourse and our elaboration culture. politics. We can help elect people who are more invested in serving their ruling communities than achieving celebrity status. We can move away from unnecessary partisan rhetoric and focus on solving the issues that affect our friends, families and neighbors. In doing so, we will see a change not only in governance, but also within our political communities, like Penn’s.

The sooner we stop attaching ourselves and those with whom we disagree to national, polarizing and political identities and start having real conversations about how to fix our communities, the sooner we will get the effects. that we all want in our policy making. So sign up for an academic-based community service course next semester and, in the spirit of National Voter Education Week, head over to the Penn Leads the Vote website to register and research the candidates on your ballot here. Across the country, local elections are held on November 2; Whether you’re voting here in Philly or voting by mail for a home run, know that your vote will make a difference.

LEXI BOCCUZZI is a sophomore college student studying philosophy, politics, and economics in Stamford, Connecticut. His e-mail is [email protected].