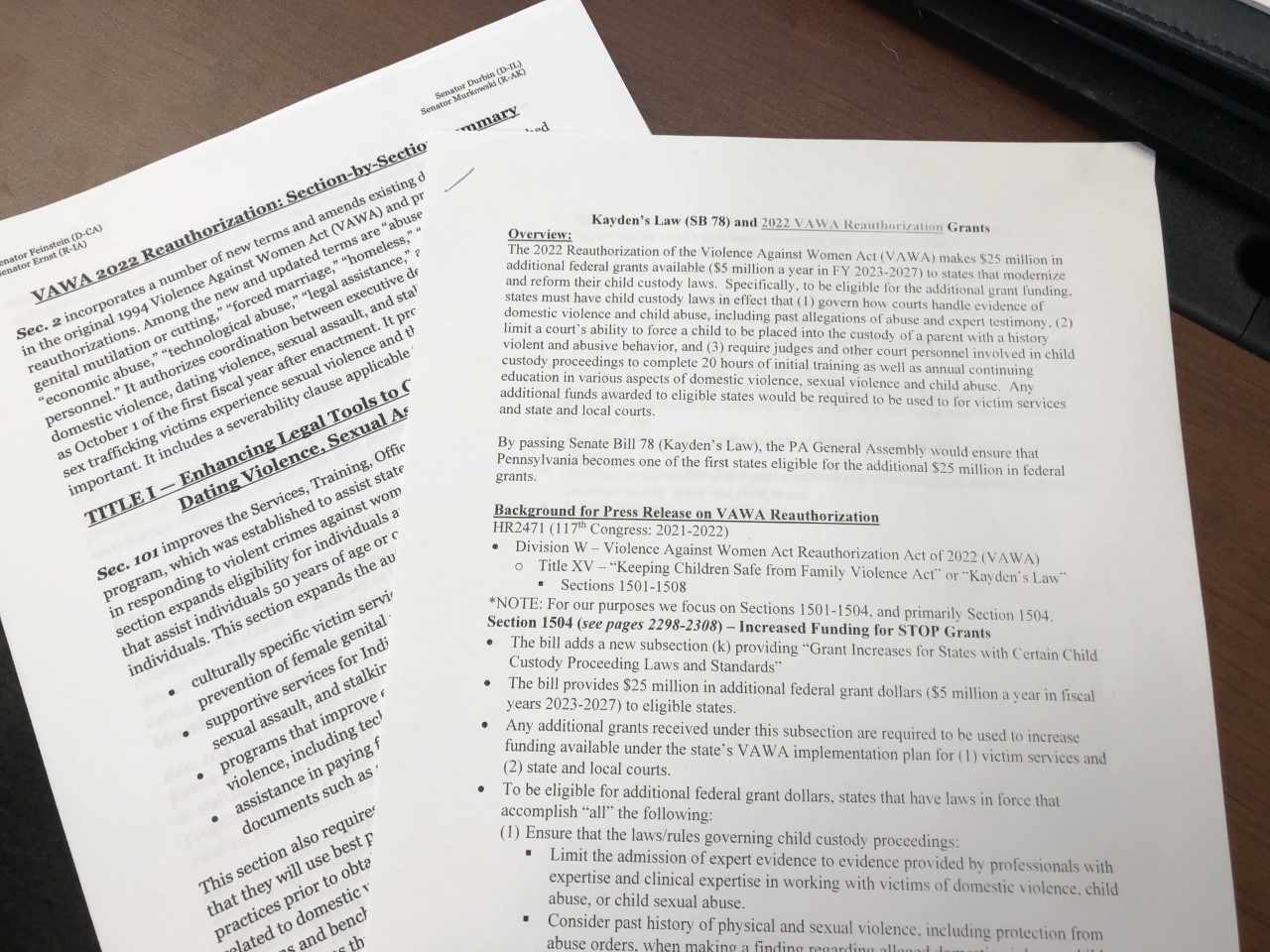 Law against violence against women reauthorized

WILKES-BARRE, LUZERNE COUNTY (WBRE/WYOU) — Preventing crime against women and helping those who are its victims is the goal of a federal law that has just been reauthorized in Washington. It’s called the Violence Against Women Act.

This means millions of dollars for programs and services to help women and children who are victims of crime.

The Violence Against Women Act is a sweeping piece of legislation that sends a total of $1 billion to states across the country.

“This national bill sets the framework for a host of programs and services that help women, children and victims of family violence. Victims of all kinds, child victims and others,” said Sen. Lisa Baker, (r) 20th District.

“$25 million in grants would be made available to states implementing child care changes. Pennsylvania could be at the forefront because we have already passed a bill in the state senate to do just that, called Kayden’s Law,” Senator Baker said.

In honor of a 7-year-old Philadelphia-area girl, Kayden Mancuso, who was murdered by her father, during a custody fight in 2018.

Local organizations that help women victims of crime say the law will have a direct impact on many families in our community.

“It’s a bigger win for victim services, not only in our community, but across the country. No community, no family is immune to the crime of sexual assault, domestic violence or harassment. And these are crimes that are dealt with under the Violence Against Women Act,” explained Suzanne Beck, Victims Resource Center, CEO

Suzanne Beck is CEO of the Victims Resource Center and she says the law also promotes better cooperation between those involved in such criminal investigations.

“The need is constant. The violence against women act really brings together prosecution services, victim services and law enforcement. In order to get the funds from the Violence Against Women Act, these aspects of the community have to apply together have to work together,” Beck said.

Senator Lisa Baker told Eyewitness News that she and her colleagues are pushing for “Kayden’s Law” here in Pennsylvania. According to her and her supporters, this will help protect women and their children who are involved in child custody cases. Cases that are often very intense and sometimes end in violence.