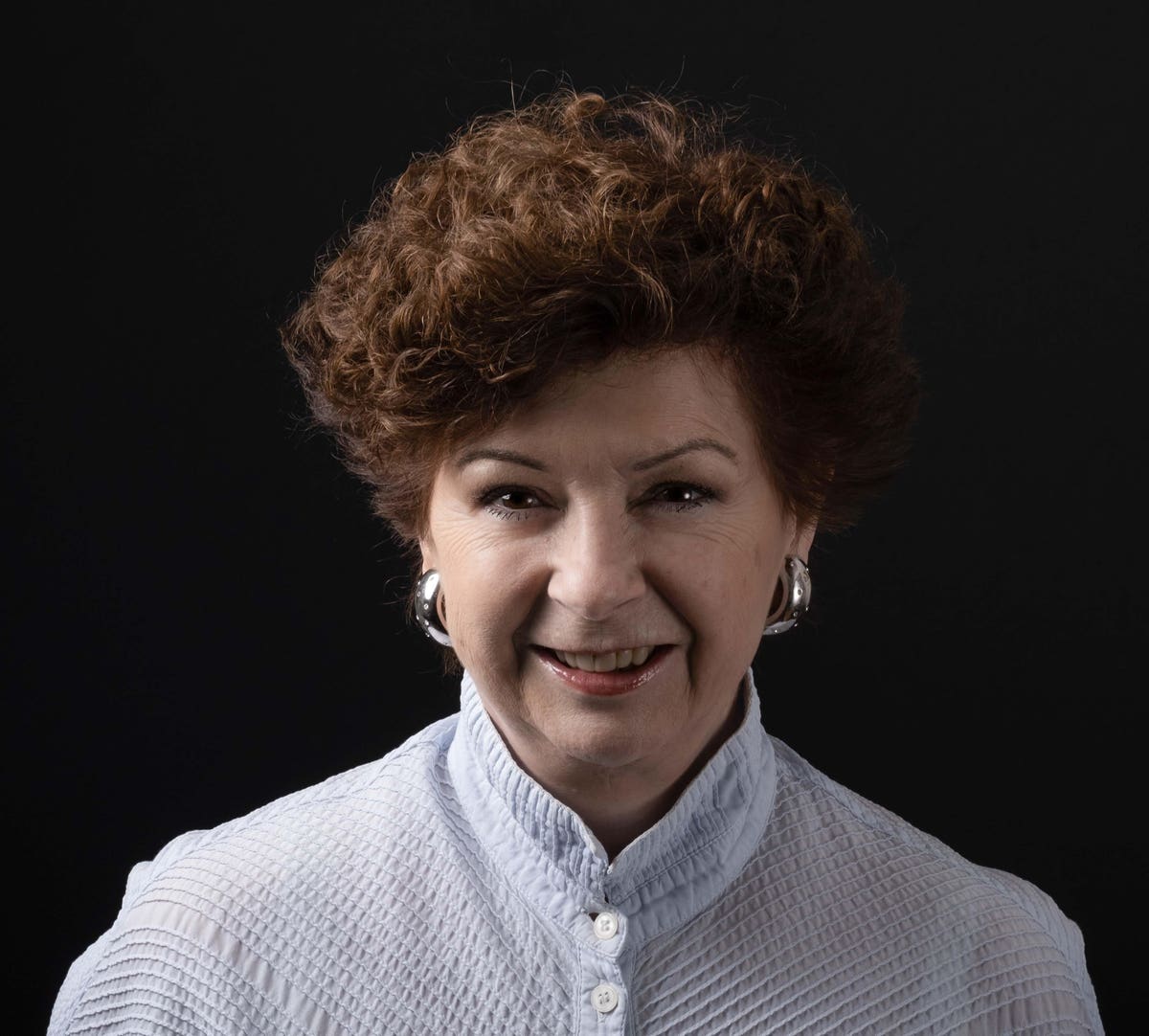 Is it the Yuk factor? Disability advocacy is growing.

Susan Scott Parker, OBE, is a thought leader on how to mobilize business leadership behind the economic and social inclusion of people with disabilities. In 2003, Scott-Parker invented the best practice she dubbed “Disability Confidence,” now heard around the world, to start a new conversation with businesses. She founded the first business disability network, is a strategic advisor to the Global Business Disability Network (GBDN) of the International Labor Organization, founder of Business Disability International and ambassador of Purple Space/PurpleLightUp.

Logic is not enough

Scott Parker has spent thirty years working across the world, with the following of global companies, to place disability at the top of the business agenda. Scott Parker reports that while many companies are moving forward, there is still widespread and persistent resistance to treating disability as both a business and an equality imperative. Scott Parker’s natural curiosity has created a long career of research into why things don’t move easily and how to inspire change. Companies have well-worn but misplaced assumptions about difficulty, cost and risk, many of which have logical and clear answers. Why don’t these fields exist? Scott Parker has some advice for advocates, allies and agents of change:

“Advocates trying to influence companies need to become much more sophisticated in their understanding of why traditional messages and campaigns don’t work. Ironically, campaigns aimed at challenging stereotypes of people with disabilities remain rooted in the stereotypes of their “target” employers. Employers have the same set of fears and misunderstandings as everyone else in their family and circle of friends – albeit with an added layer of complexity as they have to persuade their boards, immediate bosses and their co-workers also change, and all in the context of their industry realities.

But activists fail when they try to challenge the emotional factors that get in the way with “logic” – as if somehow the statistics (i.e. 1.3 billion people disabilities) were changing behaviors, when those same behaviors may be justified, but not driven by, apparent logic and where the change is often not within the gift of the person reading the campaign. Face-to-face contact is key, i.e. people with disabilities and people in business having informal/formal contact, learning from and with each other, whether structured consultations, luncheons, internships, conversations between CEOs and leaders with disabilities, networks of disabled employees, PurpleLightUp celebrations, award ceremonies and more.

Personal interaction is essential if we are to challenge the many stereotypes about both disability and things that hold us back. Human-to-human contact is the only way to overcome assumptions about the “otherness” of both people with disabilities and people working in the private sector”

Several years ago, after a meeting in which she explored with a reporter the many “logical” arguments for why newspapers avoid headlines about disability rights, Scott Parker asked her bluntly “Is it the Yuk factor? The answer was an immediate “yes”. This reporter’s unfortunate and off-the-cuff comment, while obviously insensitive, was actually helpful – he said that data such as the number of disabled people out of work and the average costs of adjustments – simply cannot resolve the unease fundamental, even the disgust, that the word itself so often triggers. The disgust shown by the number of organizations that take the word disability as an insult and insist on euphemisms – whether they are people with disabilities, people with different abilities, people with reduced mobility or the “people of Determination” of the UAE.

What did however, was the network of disabled media professionals who came face to face with broadcasters as colleagues, peers, campaigners and expert advisers from the UK’s Broadcasting & Creative Industries Network.

Scott Parker explains, “How often do we see campaigns trying to answer the question, ‘why should you hire people with disabilities? But no one asks, “Why should you hire Canadians?” We’re not prepared to generalize about just 38 million Canadians as potential employees (some can do the job, some can’t), but for some strange reason we still insist on generalizing about more than 1, 3 billion people in the world and yes, some can do the job and some can’t. The disability industry has tried since DuPont research [see end note] in the early 1970s to counter the “yuk factor” with data showing that disabled DuPont employees were also reliable, productive and safe. Surely we have learned by now that such messages cannot overcome personal unease, personal fears (what if I am wrong and offending?), personal confusion (who are you talking about? a psychosocial disability?), anxieties (what will my boss say?) that maintain the status quo.

And we still see proponents promoting a well-meaning “business case” that all too often inadvertently conveys, “you only have to treat this disabled person fairly if we can prove there’s enough money for you”.

Advocates who want to change corporate policies, cultures and behaviors need to do a much better job of understanding their target audience and the reality of what it means to work in the private sector. Much of the success of the Valuable 500 campaign is Caroline Casey’s ability to draw on her lived experience of disability, with her empathetic understanding of the lived reality of business people, with a direct call for “justice”. as she urges businesses to address the disability equality crisis. The Shaw Trust 100 Disabled People list reframes people with disabilities as professional and dynamic, and profiles their stories to generate connection and solidarity. Kate Nash at Purple Space and PurpleLightUp celebrates the economic contribution of people with disabilities in the workplace. Things are indeed moving forward.

Scott Parker has identified ten types of statements she hears at companies where disability inclusion programs thrive. These are:

1. I see the need and justification for change

2. My world includes people with disabilities

3. I can describe the change and the proposed result

4. Change advocates are people I admire and trust / people who have influence

5. Change is possible, inevitable and within my gift

6. The emotional cost of labor is acceptable

7. Financial and time cost is acceptable

9. Change will bring personal rewards for me (the change agent)

Scott Parker thinks we’re ready for a new set of much more nuanced messages that underpin the advocacy for disability equality. She points out that without equality (non-discriminatory online recruitment for example) inclusion is impossible. She always encourages companies to work for the economy and ethical imperative for best practice, as they learn to make the business improvements that are within their control and that also benefit people with disabilities. No CEO wants to send the message that we will only treat you right if we have to. She says:

“Learning how to recruit everyone on the basis of their abilities and potentials is a much more effective message than traditional attempts to demystify the “Top Myths” concerning job seekers with disabilities, lists that too often remind the reader of a problem that he forgot!”

This is a winning argument in today’s business world, where leaders have moved on from false binaries such as “cost versus people”. Business leaders today understand that human capital and talent – ​​along with customer experience – is a critical strategic advantage and growth strategy. The best practice that Scott Parker dubbed Disability Confidence in 2003 is a fundamental pillar.

[Note: The DuPont Corporation has been tracking their disabled employees through surveys since 1973. The corporation studied job performance, safety, and absenteeism three different times in 1973, 1981, and again in 1990. The study included people with many different disabilities; physical, cognitive, and emotional. In the 1973 study, there were no incidences of time lost due to disabling injuries. In the 1981 study, it was found that 96% of the disabled employees were rated as average or above average in safety. The rate in 1991 was even better, at 97% of disabled employees rated as average or above average (Lengnick-Hall et al., 2008). A study by Blanck and Braddock (1998) had similar findings, 93% of the employers surveyed stated that they do not believe disabled workers create a safety risk at the workplace.]