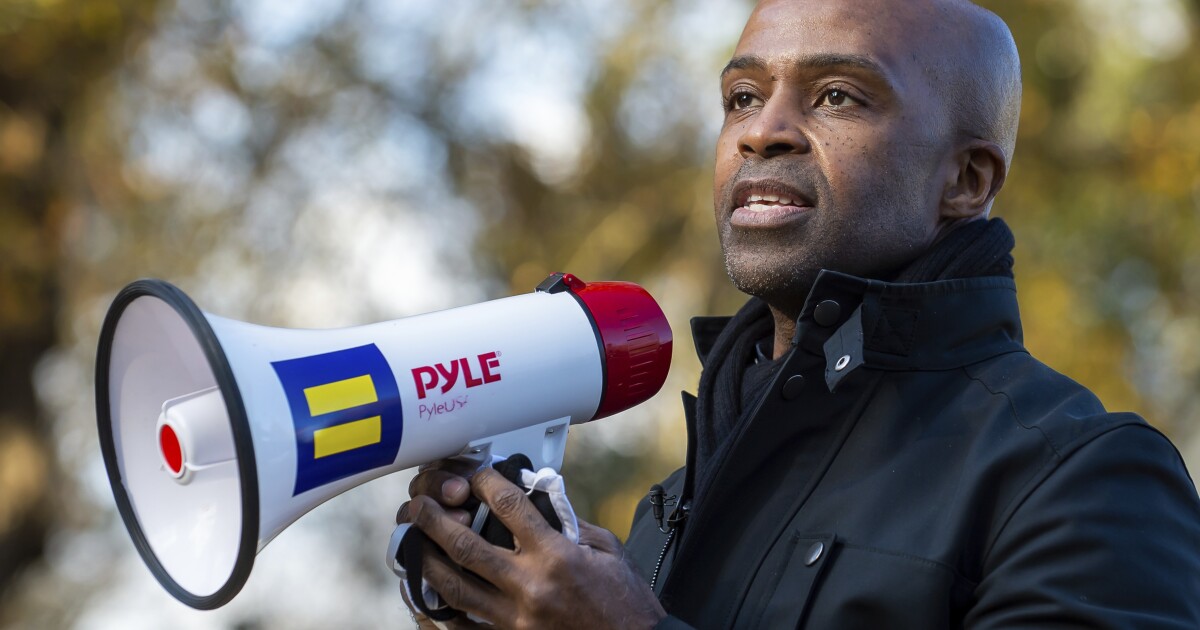 Human Rights Campaign’s first black leader sues, says he was fired because of his race

Former Human Rights Campaign (HRC) president Alphonso David filed a lawsuit against the organization on Thursday – arguing that the country’s largest advocacy group underpaid him and eventually fired him because of his race.

In the 16-page lawsuit filed in the Eastern District of New York, David argues that the defense group “maintained discriminatory employment practices” and during contract negotiations with the HRC in 2021, board members HRC administration “acknowledged” that he was severely underpaid in comparison to his white predecessor “because of his race”.

“Today I am filing a complaint for the millions of black and brown people who face discrimination every day but fear retaliation or lack the resources to challenge it,” Alphonso David said.https://t.co /iSOBaB0RL2

David, who was the organisation’s first black president, also alleges that a ‘prominent’ white board member confronted him in front of other HRC staff after he gave a speech about race, saying “We all know you’re black, why do you keep telling us that?”

And after the summer 2020 protests following the murder of George Floyd, Chris Speron, a senior executive, chastised David for issuing a statement on behalf of the HRC in support of the Black Lives Matter movement, according to the lawsuit. David alleges that Speron has also expressed concerns about the “alienation” of white donors, particularly “white gay people”.

“He criticized a black staff member for attending a meeting with the consulting firm without a white person present,” according to the lawsuit.

At the same event where the board member slammed David for giving a speech about race, HRC board co-chair Jodie Patterson expressed concern to a guest that the organization “wasn’t ready for a black president”.

The lawsuit adds that after sitting down with outside investigators examining HRC’s connection to Cuomo’s allegations and answering their questions, David was contacted one evening by HRC’s board co-chairs over the weekend. end of Labor Day telling him to resign by 8 a.m. the next day or he would be “fired for cause”.

HRC Acting President Joni Madison said in a statement responding to the lawsuit that the organization was “disappointed” that David had decided to “retaliate” against the organization “for his dismissal which resulted from his own actions”.

“Mr. David’s complaint is riddled with untruths. We are confident that throughout the legal proceedings it will be evident that Mr. David’s dismissal was based on clear breaches of his contract and the mission of HRC, and as president of the HRC he was treated fairly and equally,” Madison said.

“Notably, some of the people he accuses of discriminatory behavior are people of color and champions of racial equity and inclusion who provided support and guidance when Mr. David led the organization,” she adds.

David’s lawsuit comes as scores of other high-profile people have resigned or been fired by organizations over their ties to Cuomo.

Weeks later, the group’s CEO, Tina Tchen, resigned after text messages published by The Washington Post revealed she had canceled a plan to make a statement in support of Cuomo accuser Lindsey Boylan. News reports alleged that Ch’en and Kaplan gave their opinion on an unpublished opinion column smearing Boylan.

Former CNN anchor Chris Cuomo, the governor’s younger brother, was fired from the cable news network in December after the investigation detailed his role in helping his brother fight the allegations.

And on Wednesday, CNN President Jeff Zucker abruptly resigned after reporting to the network’s external Chris Cuomo investigation that he had a consensual and romantic relationship with CNN chief marketing officer Allison Gollust, who reported to Zucker.

Latest news on tensions in Ukraine and Russia: live updates