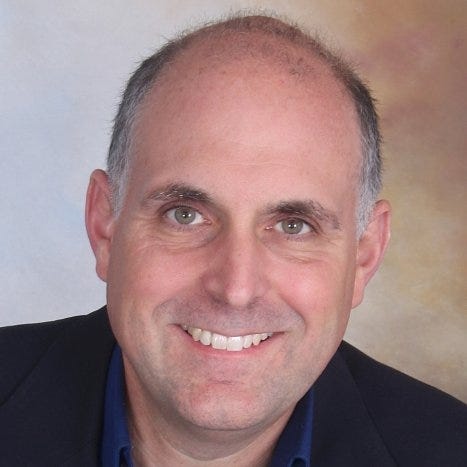 How we spent last Tuesday morning

You can consider how my family and I spent part of our morning last Tuesday as a disappointment, an exercise in futility, or a huge historic blessing. I choose the latter.

The weather was nice that day as we parked our car near our early voting location — one of several kept open in my county for a few weeks before the election so we could vote at our convenience. I went to the polls with my wife, my three daughters – one of them voting at 20, one of them at 17 and eligible to vote in November, and the other at 2 . Yes, 2 years.

Across the street were local candidates and volunteers holding signs and waving. They were a good distance away. We waved and walked into our polling place without feeling harassed or having to wait in line.

Cheerful electoral agents were waiting for us. They asked for ID to make sure we were who we said we were. They didn’t try to stop us from voting based on the color of our skin or our political beliefs. They didn’t charge us a capitation or take a literacy test. They asked us if we wanted to vote in the Republican, Democratic or non-partisan primary. When we responded, they handed us the correct ballot without praise or judgment.

A pleasant lady escorted my 17 year old son and I to one of the digital ballot boxes and then left us alone. The names appeared on the screen. One by one, I made my selections. My 17 year old daughter touched the screen in one of the races so we could vote for a candidate she had taken a liking to. My wife and other daughters have had similar experiences at nearby kiosks.

We made our selections based on information we had gleaned from many sources, including our local newspaper, our state newspaper, candidate websites and Facebook posts, and a published voter guide. by an advocacy group that I sometimes agree with and sometimes disagree with.

Campaign mailings sent by candidates to our mailbox were also helpful. We received several a day. Several provided useful information about the candidates. One piece of information that has been helpful over the years has been when a candidate unfairly attacks an opponent. Those grainy black and white photos can be a window into the character of the sender. I kept some of the senders for several days. It was nice to be solicited for our votes by competing candidates.

When we were done, we inserted our ballots into a machine. A poll worker gave us “I voted” stickers. We have worn them all, including the 2 year old. We are now awaiting the results.

If it sounds too good to be true, it’s both. It’s good, and it’s true.

I guess I should dedicate a paragraph to describing what the alternatives might be. In Russia, the main opposition figure to Vladimir Putin has been poisoned twice. Then Alexei Navalny was sentenced to nine years in prison after a show trial. In Myanmar, 76-year-old democratically elected leader Aung San Suu Kyi was overthrown in a military coup and has so far been sentenced to 11 years in prison. Hundreds of other elected officials were arrested. Some of the civilians who demonstrated were shot dead by the military in the streets. And, of course, there are none of those boring elections in North Korea, where there is also no freedom of speech or free press, and people are supposed to worship their leader.

It’s easy when you’ve never experienced anything worse to stop appreciating what you have. We can easily go beyond healthy skepticism and fall into the trap of bitter cynicism. Or worse.

It is a trap because it is not based on truth. The truth is, nothing is perfect, but we’ve got it pretty good. So I’m grateful for the right my family and I exercised last Tuesday.

We look forward to doing it again in November.

Steve Brawner is a freelance journalist and syndicated columnist. Email him at [email protected] or follow him on Twitter at @stevebrawner.

The Whitefish native serves in the Navy’s prestigious TOPGUN program