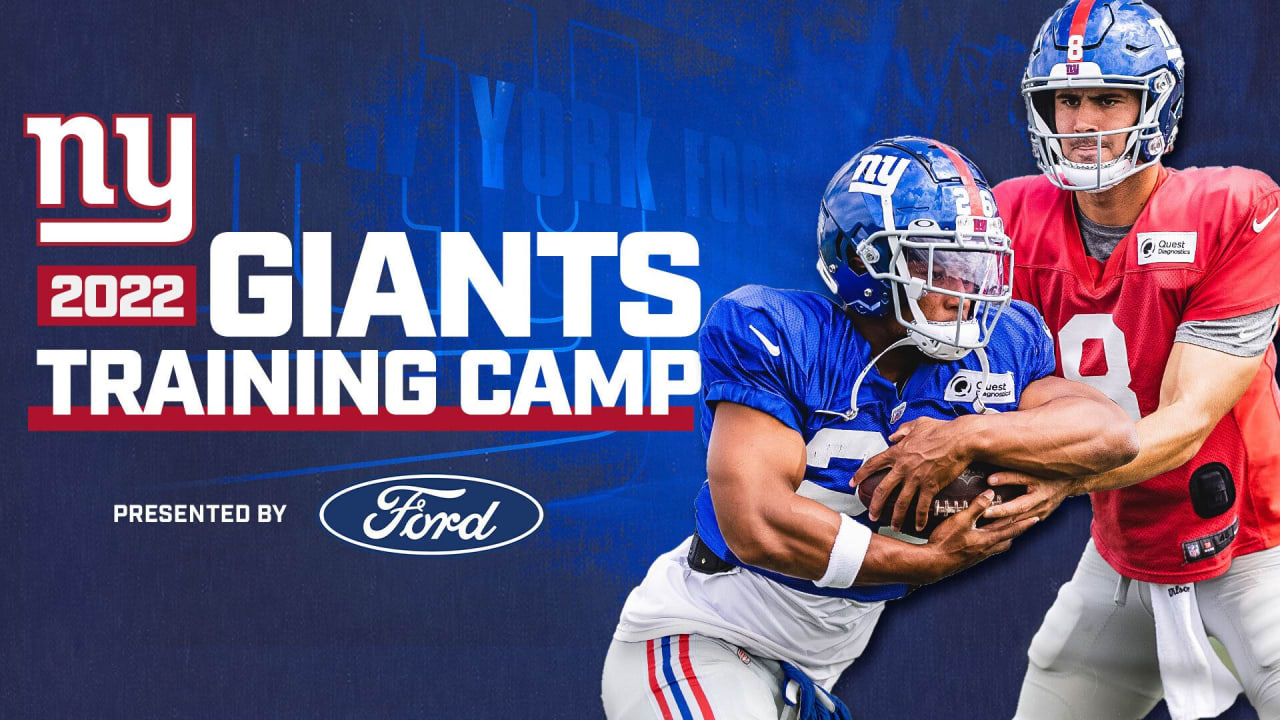 New York Giants football is officially back as the team kicks off training camp July 27 at the Quest Diagnostics Training Center in East Rutherford, New Jersey.

For the first time since 2019, fans will be able to attend Giants Training Camp, which will feature 12 workouts open to the public at the Quest Diagnostics Training Center. The first free practice session will take place on Wednesday July 27 at 10 a.m.

A full schedule and more information about training camp can be found here: Giants.com/TrainingCamp

Not only can fans come see the team in person, but they can also catch up on the latest Giants camp news through the team’s media platforms.

In addition to daily reports, photo galleries and videos on Giants.com, here are ways to keep up with the latest training camp news:

On weeknights after practice, fans can tune in to Giants Training Camp Live presented by Citizens Bank. The show will air on the Giants YouTube Channel, Giants TV, Giants.com, the Official Giants Mobile App as well as MSG Networks.

Before and after practice, Giants players and coaches will be available for press conferences. Fans can watch/listen to the interviews on Giants.com, Giants TV, the Official Giants Mobile App and the Giants YouTube Channel.

For all the latest news, fans can download the official Giants mobile app from the Google Play Store or the Apple App Store. Daily reports, interviews, photo galleries and training camp videos can be viewed on the official Giants mobile app. Fans can also download the Giants TV app. Giants TV has all the latest training camp videos and highlights.