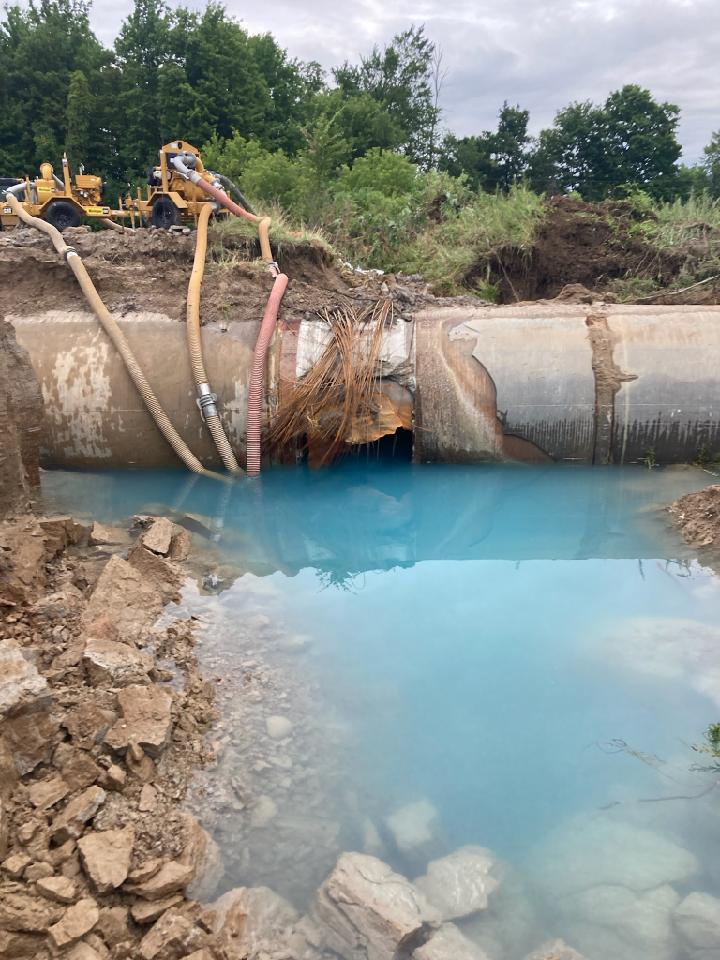 “We are leveraging all the resources at our disposal and taking all necessary steps to ensure affected families receive the help they need,” Whitmer said in a public statement.

Seven cities are still under boil water advisories after a water main break was reported on Saturday, August 13.

According to the Great Lakes Water Authority, repairs and water quality testing can take up to two weeks.

Enabling SEOC “will ensure that all state resources are available to support local communities, if needed,” according to a statement from the group.

The SEOC is working to accommodate requests for bottled water and says it will take additional steps to ensure public health and safety.

Effective 11:30 a.m. on Sunday August 14, the townships of Chesterfield, Lenox, Mayfield, Macomb and New Haven were removed from the boil water advisory.

The city of Romeo was originally added to this list. A later statement from GLWA says the advisory does not affect the entire city of Romeo, only the industrial park.