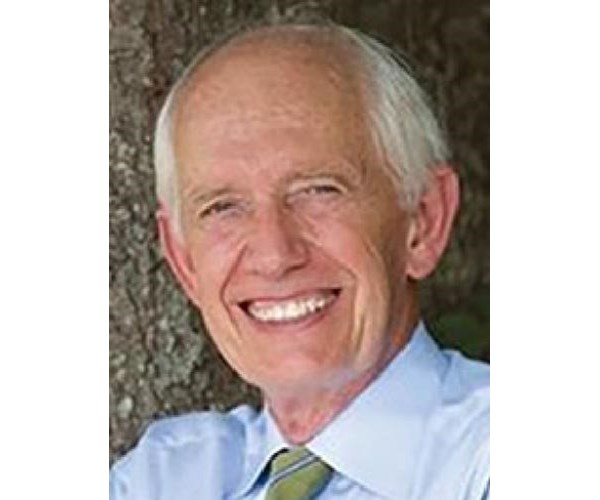 Frank W. Jackson died at his home on September 29, 2021, at the age of 88. Frank has lived a robust and rewarding life. He is survived by his wife, Ellen Danfield Jackson; five children, Toquaiah, Wilson, Monique, Quenby and Bisque; and eight grandchildren. He was predeceased by his first wife, Joaquine I. Jackson, in 1998. The youngest son of three boys, he spent his formative years in Pittsburgh, Pa., Where he graduated from high school Peabody. He enrolled at Princeton University, graduated in 1955, attended Johns Hopkins Medical School, received additional training in internal medicine and gastroenterology at the University of Pennsylvania, and moved to Harrisburg where he practiced medicine for many years, founding Jackson Gastroenterology. He was a husband, a father, a friend to many, and endlessly curious. He was an expansive and restless intellect and he had a significant direct and indirect impact on many. He had a remarkable ability to identify the best potential and sometimes unrealized people and collaborated with many friends and colleagues on a wide range of projects and businesses during his life. He cared deeply about his family and friendships. He was an early advocate for patient empowerment and education and has been involved in or at the heart of a wide range of innovative and entrepreneurial businesses. In the 1970s and while continuing his solo practice in gastroenterology, he developed an early interest in cardiac rehabilitation and exercise physiology and helped launch local cardiac programs and services. In the 1980s, he founded American Rehab, a disease and patient health education company that has become a pioneer and model for many patient education and advocacy programs. Around the same time, he founded Chek Med Systems which later became GI Supply, now a company with an international presence. He held many patents and worked with many colleagues to merge concepts with reality – a particular talent. Many of his ideas now have an impact in many areas of patient care, and his pioneering products are still in use in hospitals, surgical centers and medical practices around the world. Remarkable was his advocacy around patient education. His written print material from the 1980s would become a beloved and globally regarded Internet resource by many in the 1990s. In the late 1990s, he built the first free-standing ambulatory surgery center in Pennsylvania. His retirement years were filled with traveling and further investigating the human microbiome (while setting up a new business venture, Prebiotin), studying our galaxy, celebrating and learning more about his ancestors (in particular, Col. Samuel M. Jackson, Civil War Regiment leader of the Pennsylvania Bloody 11th), expansive writing and tireless investigation to satisfy his innate curiosity. His professional career has included many managerial positions in local hospitals, president of the National Society of Gastroenterology, numerous national and international research projects and collaborations, and the support of alumni for his educational institutions. and local. His personal life brought remarkable strawberry fields, giant tomatoes, what he considered to be the best corn in town, and personal challenges on the hottest of chili peppers. He liked to bring together people from diverse and disparate backgrounds around a common and often simple social event or celebration. He ran three marathons in his 60s. He always liked to play a good joke. He could wag his ears for the amusement of his children and later, his grandchildren. He loved to share his views with his grandchildren about our time and our place on this earth. He enjoyed and enjoyed the company of many friends with whom he connected and had meaningful and lasting friendships. The family warmly thanks the many kind words and memories. They are greatly appreciated. The immediate family will come together in a private ceremony to celebrate what he has brought us and share our memories of life. We are planning a larger celebration at a future date to provide an opportunity for those who knew him to come together, share these thoughts, and recognize a common person.