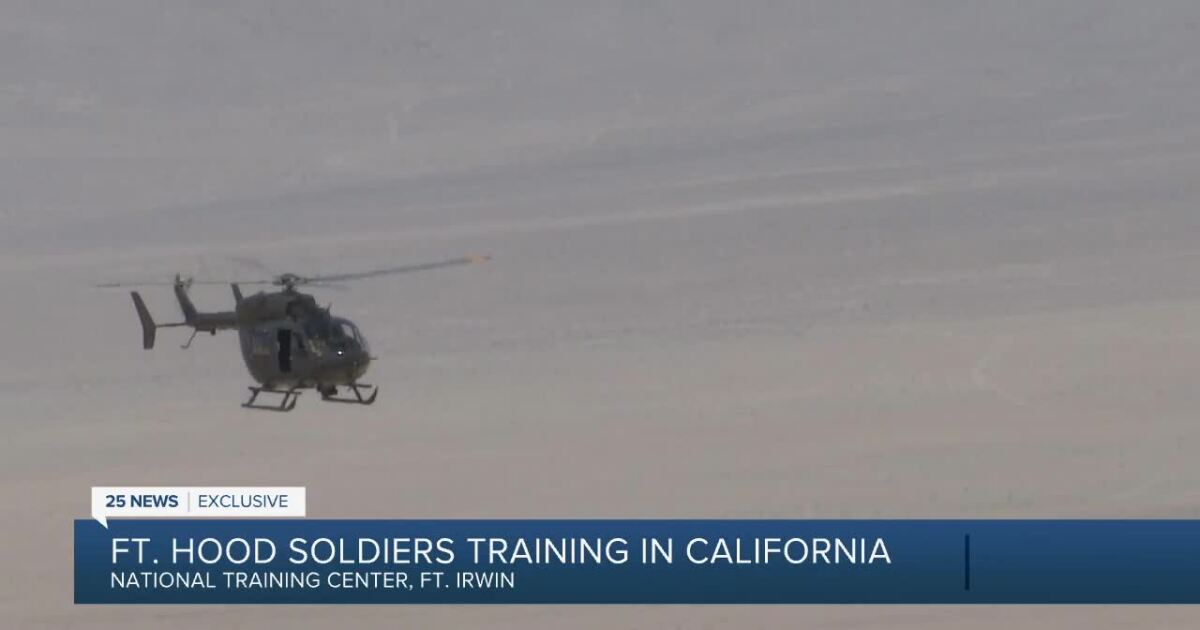 FORT IRWIN, CA – The ongoing war in Ukraine shows us why our military constantly trains to defend the nation and its allies.

That’s why the 1st Cavalry Division from Fort Hood traveled to the National Training Center in Fort Irwin, California to test their skills on a large scale.

The NTC creates a unique environment to test the strength and skill of the U.S. Army, according to Shade Munday, command sergeant major, 1st Cavalry Division.

“Here is the best classroom in the world. We are in the National Training Center desert. We have more enablers here, we are bringing all forces here, to replicate modern combat,” Munday said.

Thousands of soldiers from the 1st Cav battle against a well-trained opposing force dedicated to pushing troops to the limit.

“They went through it all back home,” CSM Munday said. “We do live fires, we do defense, they have the resources here that most installations don’t have. They are supported by civilians and other companies to bring really realistic training.

“It’s really important to show the general public what the 1st Cavalry Division does, why we come to a place like the National Training Center,” said MAJ Marcellus Simmons, 1st Cavalry Division Public Affairs. “Essentially, we get everything we need here to defend the nation whenever we’re called upon.

1st Cav deploys its enormous capabilities in the vast California desert that is the NTC.

“Here at NTC we are able to maneuver, we have big spaces that really allow us to get out and maneuver compared to Fort Hood or other facilities,” CSM Munday said.

NTC doesn’t just push equipment to the brink, it places soldiers in a realistic combat situation with sleep deprivation and constant relocation.

“I knew what was going to be, but I would say the junior soldiers probably didn’t quite get it,” said 1LT Elisabeth Quinn, 1st Lieutenant of the 8th Engineer Battalion. “So now I think it gave them a little taste of what they signed up for.

1LT Quinn and the rest of the 1st Cavalry Division prove they have what it takes to defend the nation.

Money talks | Have fun along the way