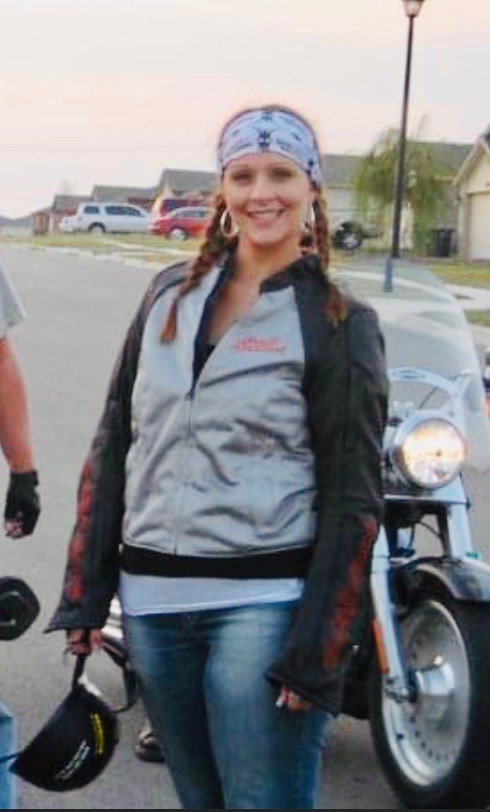 FORT HOOD, Texas (FOX 44) – A Fort Hood woman is helping the Texas Department of Transportation in its latest campaign.

TxDOT says May is National Motorcycle Safety Awareness Month, and as more motorcyclists hit the road to enjoy the Texas scenery and warmer weather, it’s crucial to stay alert and to pay attention to them.

519 motorcyclists died on Texas roads in 2021, a 7% increase from the previous year. 2,318 motorcyclists in Texas were also seriously injured in crashes last year.

TxDOT’s “Share the Road: Search Motorcycles Twice” campaign is in effect this week and draws attention to safety precautions motorists should take to protect motorcyclists.

One of the campaign’s spokespersons is Amy Jo Miller, a Fort Hood woman who was in a near-fatal crash 14 years ago when the motorcycle she was riding (as a passenger) was struck. Amy Jo was run over by an inattentive driver, who then left the scene and was never caught. She suffered head trauma as a result of the accident. His injuries also included a stroke and a torn femur, which went through his leg.

Amy turned her injury and years of rehabilitation into advocacy work.

• Be extra careful when turning left. Always assume motorcycles are closer than they appear and avoid turning in front of an oncoming motorcycle.

• Give your full attention to driving. Even a momentary distraction, such as answering a phone call or changing radio stations, can have deadly consequences.

• Leave space for motorcyclists when passing them. Move to the passing lane and do not overload the full lane of the motorcyclist.

• Stay back. If you are behind a motorcycle, always maintain a safe distance. When a motorcyclist downshifts instead of pressing the brake to slow down, it can surprise drivers because there are no brake lights to signal reduced speed.

• To slow down. Obey posted speed limits and drive according to conditions.