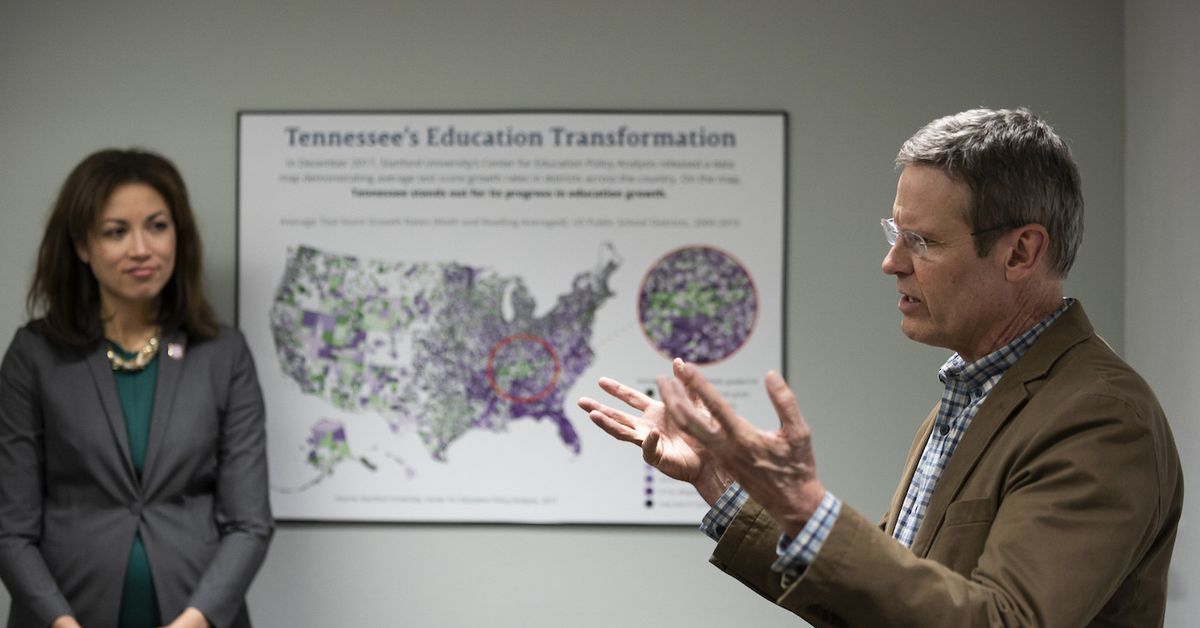 Does the Tennessee Education Funding Project deliver on its promises?

A plan to overhaul Tennessee’s public education funding appears to align with Governor Bill Lee’s commitment to consider the needs and circumstances of every student. But how much extra money would be added to bolster learning for nearly a million students is the question.

Lee wants a student-centered approach to funding that would set a base amount of funding per student and then distribute additional money per student to support students from certain groups, especially those from economically disadvantaged families. Thirty-nine States use this model, or a hybrid that also includes separate funding for some resources.

Tennessee’s would also become a hybrid, since the plan also provides additional funding for certain programs like tutoring and vocational and technical education.

the four-page document, released this week by Education Commissioner Penny Schwinn, also recommends additional funding to support the state’s most needy students, including those who are learning English, live in rural areas or have disabilities.

Funding for school nurses and counselors — where Tennessee lags behind nationally recommended numbers and the pandemic has revealed huge vulnerabilities — would be part of the base of the formula, as would educator salaries, technology and the State Intervention Program for Exceptional Students, among others.

Other funds would be set aside to mentor rising fourth-graders who performed below their skills on third-grade state tests.

“We are encouraged,” said Gini Pupo-Walker, director of The Education Trust in Tennessee.

“But the devil is in the details,” she added. “We know that the state will invest more money. The question is how much, and will it be recurring?”

The current state Basic Education Program, or BEP for short, is a means-tested formula built around enrollment. Forty-six components determining how much school systems receive from the state to pay for teacher salaries and resources such as textbooks, technology, and bus transportation.

Two former governors, Republican Bill Haslam and Democrat Phil Bredesen, have failed in their attempts to update or overhaul the BEP, which has been chronically underfunded and has prompted an ongoing lawsuit against the state by nearly half of Tennessee’s school systems.

To reform education funding, the conventional wisdom among policymakers and funding experts is that Tennessee needs to create a bigger pie — not just divide it differently — to avoid creating winners and losers. That’s especially important in an election year, when Lee and lawmakers are asking voters to keep them in power.

With one of the largest budget surpluses in Tennessee history, “the current fiscal landscape creates a unique opportunity” for a rewrite, according to the document.

“This fiscal year our state took in $1 billion over what we budgeted due to economic growth, so we’re blessed and this is a real opportunity,” said Rep. Mark White, a Republican. of Memphis who chairs a House education committee. .

Democrats say the formula may need updating, but the fundamental problem is the level of funding. Many parents and advocates agree.

“One of the things that I would like, as a parent, is just extra dollars,” said Venita Doggett, advocacy director of the Memphis Education Fund. “If we want to support students, we need to make a concerted effort to really increase the amount of money that goes to children. It’s just not enough.

Tennessee invests $5.6 billion annually in K-12 education, or just over $11,000 per student. That’s nearly $4,300 below the national average and puts the state 44th in funding, according to the Education Law Center.

Last year, the group gave the state two Fs and a D for its level of funding, allocation as a percentage of economic activity and distribution, respectively.

The amount of additional funding for students with unique learning situations — whether disabilities, gifted, English language learning, or qualifying for a Section 504 dyslexia plan — would depend needs, according to the document.

JC Bowman, executive director of Professional Educators of Tennessee, was thrilled to see dyslexia on the list. “It’s a big problem, and a lot of students with dyslexia have been underfunded for a long time,” he said.

The next phase of the conversation will focus on the amount of additional funding to allocate to each category of need, as well as the definitions used to count these students.

“Ultimately, it’s about whether our neediest students are getting the resources they need to learn,” said David Mansouri, president and CEO of the State Collaborative on Reforming Education.

The plan also proposes earmarking more funds for fast-growing school systems and bolstering vocational and technical education, the latter a priority for the businessman governor of Tennessee, who holds a degree in mechanical engineering. .

Expanding charter schools is another priority for Lee, who has championed additional funding to pay for charter facilities every year since taking office in 2019. More than half of Tennessee’s public charter school students are considered economically disadvantaged. Because blended funding is “stackable”—meaning students could get additional funding for multiple needs—those students could get additional dollars for both categories.

Other significant costs are still under consideration. Among them: shrinking class sizes for Tennessee’s lowest grades and expanding the state’s program for pre-K students beyond the 22% of 4-year-olds who are now served.

Both of these needs have been discussed for years, but the pandemic has made it more urgent to deliver impactful interventions in the early years to address learning delay and support student mental health.

More than three-quarters of school districts in Tennessee have waiting lists to get into pre-K. Meanwhile, the state program, which is currently funded outside the BEP, has not been expanded since 2007, and the level of funding has not kept up with inflation.

“We know the pandemic has exacerbated what was already a significant early learning crisis,” said Blair Taylor, president and CEO of Tennesseans for Quality Early Education. “Research repeatedly proves that pre-K can help lay the essential foundation for education and success in life, and it’s time for us to make better use of this tool.”

The wishlist also includes career coaches for middle schoolers to guide them to the best options in high school. Others want any new formula to reorganize the salary grid for non-teaching school staff.

The proposal outlines a per-student funding bonus for performance, particularly for economically disadvantaged students, with five possible areas of measurement: literacy, college and career readiness, vocational and technical education, apprenticeship and work-based learning, and completion of the form for “Free Application for Federal Student Aid”, or FAFSA, to apply for financial aid for college.

A big decision will be whether the state will measure reading improvement based on growth or academic skills. Tennessee’s current accountability framework is growth-based, which takes into account extracurricular factors like poverty that could hold students back.

“We would like to see results that encourage growth, not just flat accomplishments,” Pupo-Walker said.

Completing the FAFSA is one of the most surprising things because it’s not an indicator of college and career readiness. It’s just a question of who fills out a form.

“That doesn’t mean our proposal is the final draft,” Schwinn told members of the governor Thursday. Steering committee of 12 members reviews reviews. “I’m giving you all the menu options.”

Much of the local feedback focused on concerns about the expected contribution from local governments, since the formula requires a local counterpart.

But other questions loom.

Would school systems still have the ability to spend the state allocation, as they do under the current formula?

And should the state slow down the conversation about funding? After all, it took years to find the current formula, which lasted longer than expected by the people who created it.

“We can’t afford Tennessee to fumble around with a funding model where our students could suffer,” said Leah Watkins, superintendent of schools for Henry County, a rural district in west Tennessee.

“It’s a heavy burden,” acknowledged White, the Republican House education leader. “But, if not now, when?”

The governor is expected to present any resulting proposals during his State of the State Address on Jan. 31.