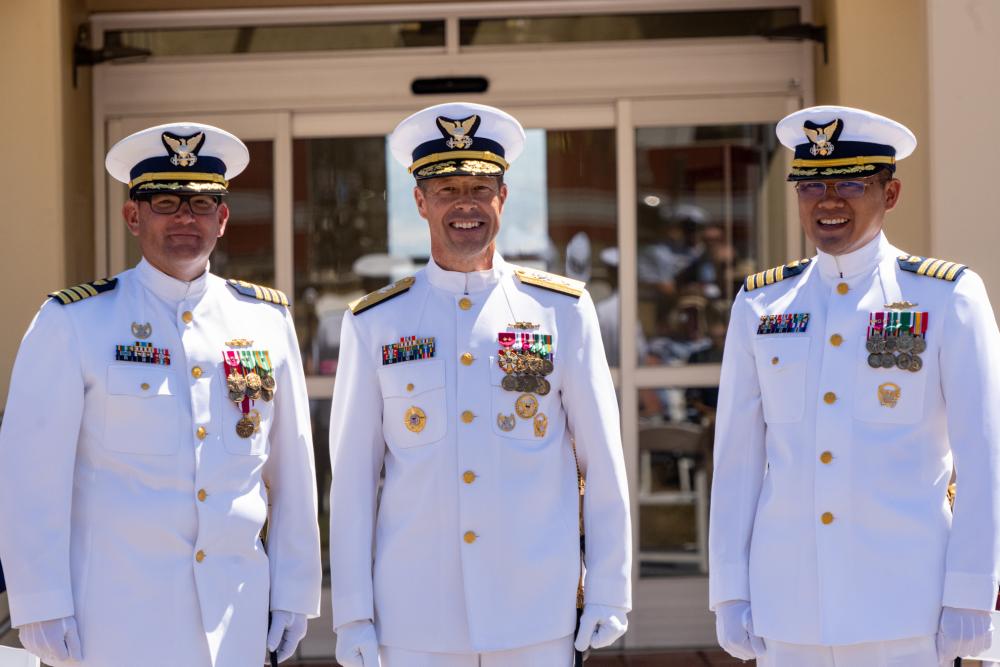 The Petaluma Training Center Commandant orchestrates the development and delivery of training to more than one-third of the Coast Guard’s enlisted workforce, managing a complex training portfolio of more than 40 training courses. learning and continuing education programs that prepare new NCOs and advanced course graduates to perform Coast Guard missions.

In response to the growing threat of wildfires in Sonoma County, Ramassini and his team also leveraged a coalition of U.S. government interagency partners, which included the Department of Energy, Logistics Agency of defense and others, to assign the first-ever Department of Homeland Security. $48 million renewable energy microgrid project. This project will accomplish Cabinet-level climate resilience priorities and provide the training center with up to 10 days of power to continue the mission in the event of a major power outage.

Ramassini’s next assignment is at Coast Guard Headquarters in Washington, D.C., where he will be the Chief of the Coast Guard’s Office of Navigation Systems, overseeing key Coast Guard programs that keep mariners safe across the countries, including Coast Guard aids to navigation. Division, the Navigation Standards Division and the Navigation Technology and Risk Management Division.

Chong reports to Petaluma on his special assignment as a team leader for the Coast Guard Personnel Readiness Task Force. Chong has spent nearly 12 years at sea, including as commander of the Kiska and Venturous Coast Guards; general manager of Coast Guard cutters Naushon and Valiant; and officer of the watch aboard the Coast Guard Cutter Alert. He was also the Commander of Coast Guard Relief Patrol Forces in Southwest Asia where he commanded the Baranof, Aquidneck, Wrangell, Monomoy and Maui Coast Guards in support of Operations Iraqi Freedom and Enduring Freedom.

Chong developed a secondary specialty in technology and human performance training, and later served at the Petaluma Training Center earlier in his career as a lieutenant.

The change of command ceremony is an age-old tradition that formally reminds officers and crew of command of the continuity of authority vested in the commander. This unique military ritual represents a total transfer of responsibility, authority and responsibility from one leader to another.

The ceremony culminates when the two officers read their orders, face each other and salute each other. This signifies to the entire command that the transfer of responsibility has formally taken place.