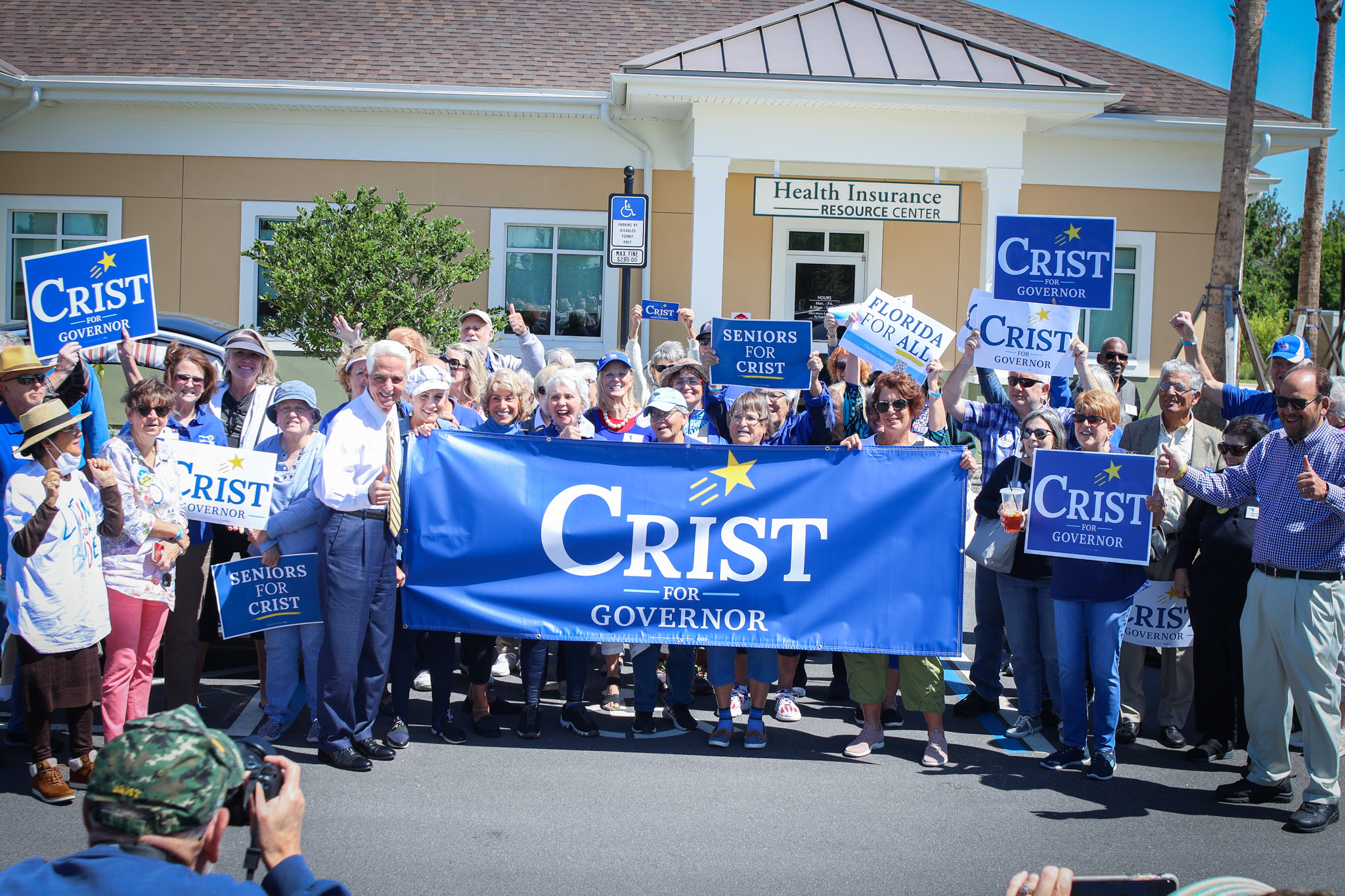 Crist said he campaigns for all Floridians, even Republicans.

Democratic candidate for Gov. charlie christ took his campaign to The Villages this weekend to unveil his ‘Seniors for Crist’ policy initiative.

Crist met with over 250 members of The Village Democratic Club and joined them for a golf cart tour through The Villages, a famous Republican stronghold. But Crist said his “Florida for All” campaign means exactly that. He promised to represent even Floridians who might not vote for him, if elected. It’s something Crist says the current governor doesn’t do. He said going all over Florida, even where there are more Democrats, is as important as visiting anywhere else.

“Going to Republican places in our state is probably even more important,” Crist said. “Because we have to make sure they are heard. That we listen to them and that we want them to be part of this Florida for all too.

“Seniors for Cristis an advocacy and organizing arm of the Crist Campaign focused on the needs of Florida seniors. Judie Pristaw is a member of the Villages Democratic Club. She’s on board with “Seniors for Crist.”

“I love that it’s for seniors,” she said. “I watched the current Governor and for four years he said almost nothing about seniors.”

Pristaw said the governor was too busy running for president (which he still denies) and placating some of the more right-wing Republicans in the country and Floridians are paying the price.

“I’m also a retired teacher,” Pristaw said. “I feel like what he did to schools, to students, to teachers, was criminal. I am also very saddened by what is happening with housing. People cannot afford apartments. Everglades, rising levees in Miami. I did not hear anything. All I heard were things he said to make him more likely to vote for the presidency in the future. But not for Florida. Not for its citizens.