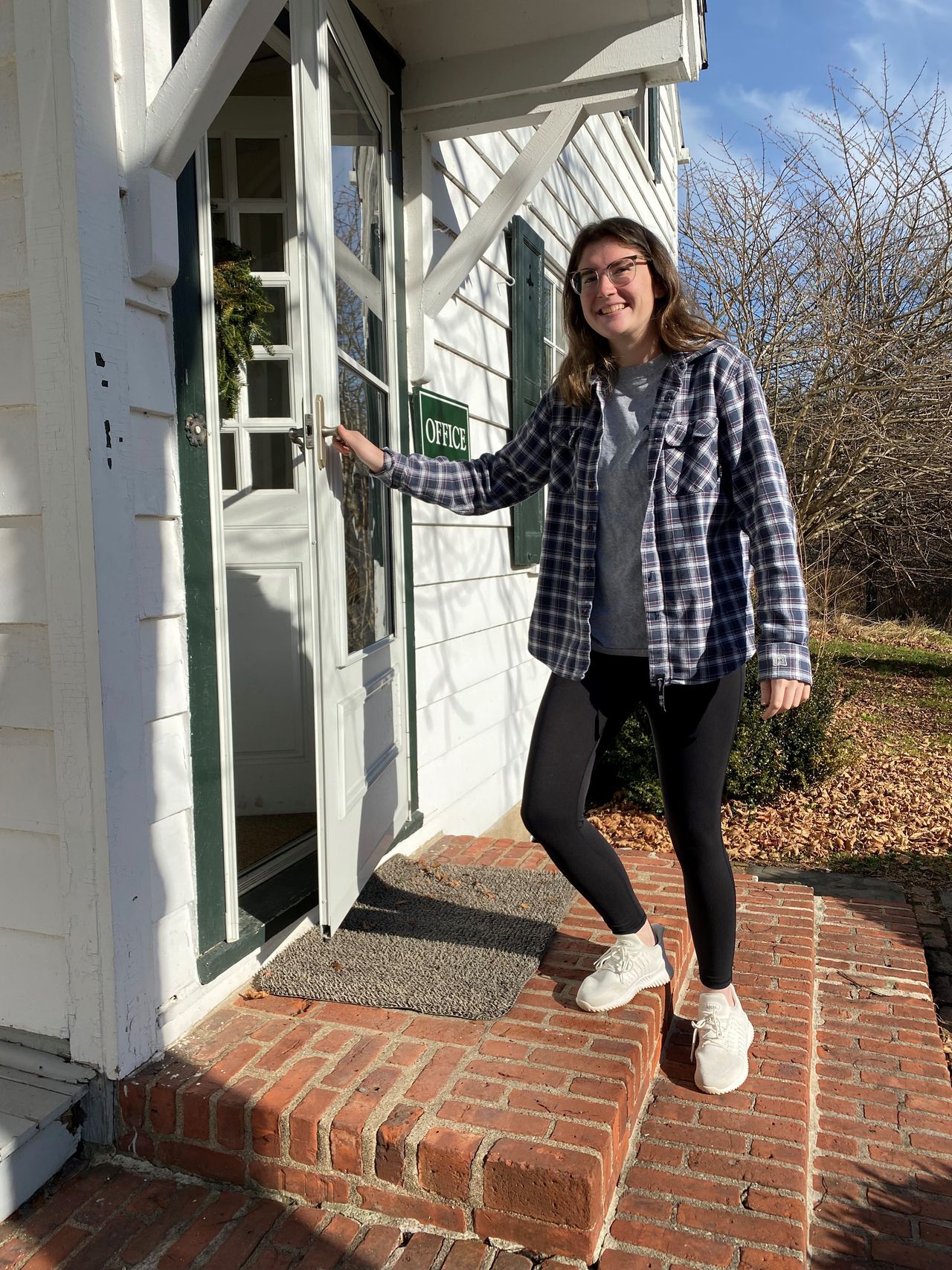 If there’s anything you’ve always wanted to know about the region of New Jersey known as the Upper Raritan River Watershed – its network of rivers and streams, and the flora and fauna that inhabit it, what residents can do to keep its waters clean – just ask Stevie Ader.

As AmeriCorps’ “Watershed Ambassador” this year, assigned to the nonprofit Raritan Headwaters Association (RHA), Ader’s primary responsibility is to educate and engage the public in the protection of the 407 square mile watershed area in Hunterdon, Somerset and Morris counties.

Ader speaks to students, scout groups and community organizations on topics such as a watershed, how to build a rain garden, stream health and how to identify insects that are indicators of good health. water quality of streams.

“I really like the environmental education aspect,” said Califon resident Ader. “I will be presenting in person, virtually, outdoors or indoors.”

She also organizes environmental projects and monitors the health of local waterways. She recently organized a volunteer work day to remove invasive plants at the RHA’s Fairview Farm in Bedminster.

Ader has always been drawn to nature and the outdoors. As a child, she attended nature camps at the Scherman Hoffman New Jersey Audubon Sanctuary in Bernardsville, and later served as both a camper and an intern at a marine science camp at the Sedge Island Natural Resource Education Center on Barnegat Bay.

After graduating from Voorhees High School in 2017, she attended Stockton University and earned a Bachelor of Science in Environmental Science, with a concentration in Wildlife Management.

“Deep down, I’ve always been interested in the environment,” she says. “I knew that was the direction I wanted to go.”

Before coming to RHA, she interned with the South Jersey Transportation Authority, which operates the Atlantic City Freeway. She participated in the authority’s green projects along the highway, including installing birdhouses, monitoring osprey nests, and planting native trees, shrubs and wildflowers.

Ader also worked as a wildlife technician for the Atlantic County Utilities Authority, documenting bird species at the county landfill and using fireworks to discourage flocks from flying near the runways of the adjoining airport. ‘Atlantic City. “It was long days sitting on top of the county dump, but it was interesting,” she said.

She heard about the AmeriCorps Watershed Ambassadors program from Bill Kibler, RHA’s policy director and another Califon resident. She applied for a position and was chosen to serve Raritan’s upper region, known as Water Management Area (WMA) 8, for a year.

“The best thing about this job is that you literally learn everything,” said Ader, who will work at RHA until August.

Founded in 2000, the Watershed Ambassadors program is administered by the New Jersey Department of Environmental Protection. Its goals are to promote watershed stewardship through education and direct community involvement, and to monitor stream health by performing visual and biological assessments. An AmeriCorps member is assigned to each of New Jersey’s 20 watershed management areas. The mandates are for one year, with the possibility of renewal for a second year.

Raritan Headwaters has a long history with the Watershed Ambassadors program. Every year since 2000, RHA has welcomed a watershed ambassador. Three have held positions within RHA: Director of Education Lauren Theis (Class of 2007-08), Watershed Scientist Mara Tippett (Class of 2015-16) and Shealynn O’Toole (Class of 2019-20), development associate and well test assistant.

Former RHA Administrator Ken Klipstein is one of a group of NJ Department of Environmental Protection staff who founded the Watershed Ambassador program.

“If there’s one accomplishment I’m most proud of, it’s the creation of the Watershed Ambassador program,” said Klipstein, a Tewksbury Township resident.

“There have been over 400 ambassadors now, 22 years later,” added Klipstein, now with the NJ Water Supply Authority. “He’s been fabulously successful, not only in educating people about the watersheds, but also in recruiting people. It has become a great feeder system for non-profit organizations and (environmental) agencies to hire qualified people.

For more information on the Watershed Ambassador program, visit https://www.nj.gov/dep/wms/bears/americorps.htm.

Since 1959, Raritan Headwaters has worked to protect, preserve and improve the quality of water and other natural resources in the Upper Raritan River region through science, education, advocacy, land preservation and stewardship. The RHA region provides drinking water to 300,000 residents in 38 municipalities in Somerset, Hunterdon and Morris counties and beyond to some 1.5 million homes and businesses in densely populated urban areas of New Jersey.

To learn more about Raritan Headwaters and its programs, visit www.raritanheadwaters.org or call 908-234-1852.

more than a homeless shelter