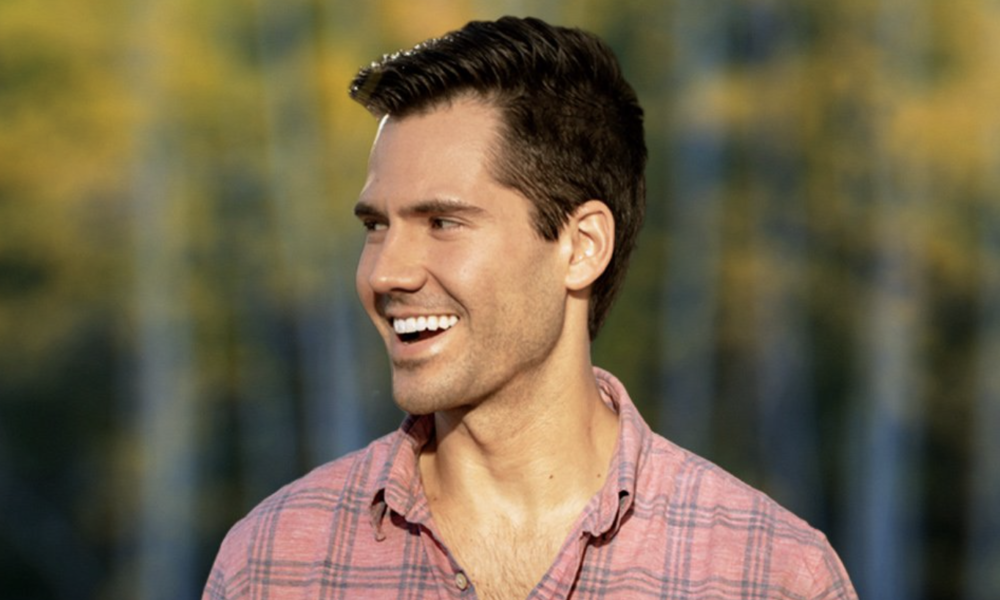 AVON, Colo. – The video begins innocently enough: A man washes his car; a young girl playing with a stuffed animal; a woman enjoying a large ice cream sundae. Then, out of nowhere, this woman with the sundae screams in terror – “ahhh!” – before being crushed by a pile of excrement.

Suddenly, animal droppings fall from the sky. “Oh shit,” the man washing his car shouts as people run for cover.

Then, Alex Walker emerges about a minute later, holding a dung-covered teddy bear. The video isn’t a comedy sketch – it’s Walker’s introduction to the world of politics. Having never been a candidate for a position before, he wanted to “cut the noise”.

“I realized how tired I was of political ads – that’s one of the reasons I’m doing this, it’s because politics is so outdated,” he told The Blade. “But it’s hard to make fun of the twist in politics because it’s old hat. Whereas if you can find a way to show it to people in a way that resonates a bit more. So it kind of hit me like a lightning bolt, and now it will follow me for the rest of my life.

But Walker’s campaign advertising isn’t aimed at politics in general, at least not directly. The target of the video is the woman he seeks to overthrow: U.S. Rep. Lauren Boebert (R-Co.), a far-right politician who has attacked LGBTQ+ people and communities of color, heckled the president Joe Biden during his State of the Union address and spread lies about voter fraud regarding the 2020 election.

“Alex Walker is announcing his candidacy for the position of CO-03 to unseat Lauren Boebert and end his constant flow of bulls**t,” reads the video’s description on YouTube.

Walker isn’t the only one with this goal. In fact, he joins a crowded Democratic primary for Colorado’s 3rd congressional district, which covers most of the rural western part of the state, as one of 10 Democrats seeking to replace Boebert.

Yet he is confident that he will not only win the primary, but defeat Boebert in the general election.

Yet in 2020, Boebert garnered 220,634 votes, 51.4%, beating her Democratic opponent, Diane Mitsch Bush, who won 194,122 votes, 45.2%. The district was represented by longtime incumbent Scott Tipton, a Republican, before Boebert upset him. Overall, the district has not been represented by a Democrat in over a decade. The new congressional maps also won’t make the district more Democrat-friendly.

But Walker thinks the people of his district are in desperate need of change. He attributed Boebert’s election in 2020 to low voter turnout and a “vocal minority.”

With a population of more than 750,000 people, according to Data USA, the nearly 430,000 people who voted in the elections is close to the average voter turnout in the United States – which is low compared to other Democratic nations. In fact, the district saw an increase in the number of voters in 2020, which perhaps represents the “vocal minority”.

If he makes it past the primary, Walker knows he’ll have to find a way to mobilize voters and get them to the polls. And with even his base “tired of her”, according to Walker, he thinks people will be motivated to vote against Boebert, citing his “appalling” poll.

More than 47% of more than 7,000 people said Lauren Boebert ‘should quit immediately,’ according to a ‘highly unscientific’ poll released last week by the Grand Junction Daily Sentinel, western Colorado’s largest newspaper. . Nearly 28% said they “love it, keep it up!”

Still, Boebert far outstrips all his opponents when it comes to fundraising, according to the Federal Election Commission (FEC). Boebert has raised over $3.5 million so far, with over $2 million in hand. Its large war chest and favorable GOP district will make it a formidable opponent.

But if he can just get people to vote, Walker believes, that might be enough to upset Boebert ahead of his second term in the House.

“A lot of urban elections are about breaking the noise, but most rural elections are about breaking the silence. And we did,” Walker said. “The announcement may have been polarizing, but it electrified people. Many young people have been electrified in a good way. Some older people contacted me and they said, “We really want to believe in you because we would like you to be a candidate.”

However, as a political newcomer, Walker’s name recognition is low, he admitted. To overcome this, he is running an ambitious social media campaign to reach out to voters, which has pushed him out of his comfort zone.

“I deleted all my social media six years ago for my mental health,” the former engineer and businessman said, but added that “it’s a critical exposure.”

“I have 25,000 followers on Tik Tok, and I’m building an Instagram presence and a Twitter presence,” Walker added. “It’s all very intimidating and difficult for me. I suffer from anxiety and depression, so social media is like kryptonite to me. But it is one of my weaknesses, which I had to manage and face.

One of Walker’s most powerful tools is TikTok, the hugely popular short video app that many politicians are still trying to figure out. Her nearly 25,000 followers on the platform are far more than on other social media apps, with one of her videos getting over a quarter of a million views.

“It’s confusing, exhilarating and horrifying all at the same time,” he said of TikTok.

He also contributes much of his first campaign’s success to the LGBTQ+ community, calling it a “pillar of this campaign.”

Walker is running as a moderate Democrat, which means “parts of both party platforms, which makes sense to me,” he said. Walker added that the “soul of America” is in the Democratic Party, saying the “Republican Party is not like the Republican Party I grew up in” because it “is turning into something good more hateful”.

Uniquely, his campaign website indicates where his political goals lie on the political spectrum. He’s just leaning with his view of the economy: lower income taxes, small business incentives, and less corporate “bullshit.” But ecologically, he leans left, wanting to “protect Colorado” and create jobs.

A political view that is sure to ruffle some feathers within the more liberal side of his party is his view on ‘medical freedom’, saying he does not believe in Medicare for All .

“It’s not that I disagree with Medicare for All on paper, but I’m realistic,” he said. “I know if we build Medicare for All, it will cost twice as much and work half as well as we think.”

“I hope there will be a day when the federal government can effectively use $5 trillion in tax revenue, which is the amount of money it has to play with right now. But clearly that day is not today,” he added.

Walker also said he was excited to work with members of Congress on both sides of the aisle while emphasizing that he believed in non-partisanship, not bipartisanship.

“I think there’s a difference between bipartisanship and impartiality – and I’m pointing this out so as not to be semantically boring, but I don’t know if I still believe in bipartisanship,” he said. “It’s a bit like saying, ‘Do you think you have to try to find a compromise with two drunk idiots in a bar? Or do you just want to leave the bar?’ And I prefer scale.

Besides politicians, voters may also ask why they should vote for a candidate with no political experience.

“If the heart and head of the candidate does not carry a strong message, nothing, nothing can replace that. I think that’s my main advantage as an inexperienced candidate,” he said. “I look at all of this in a different way. I do not base my policies on the policies of the senator whose clerk I was because I do not want to appear fickle or inconsistent. I don’t decide which creation to post based on what I think 10 years of political buddies would or wouldn’t approve of. I simply run my campaign according to the needs of this district.

“In that sense, I think being an experienced politician is one of the worst things you can claim with your name,” he added.

Although it’s a challenge, Walker said he’s ready to take on Boebert.

Law against violence against women reauthorized