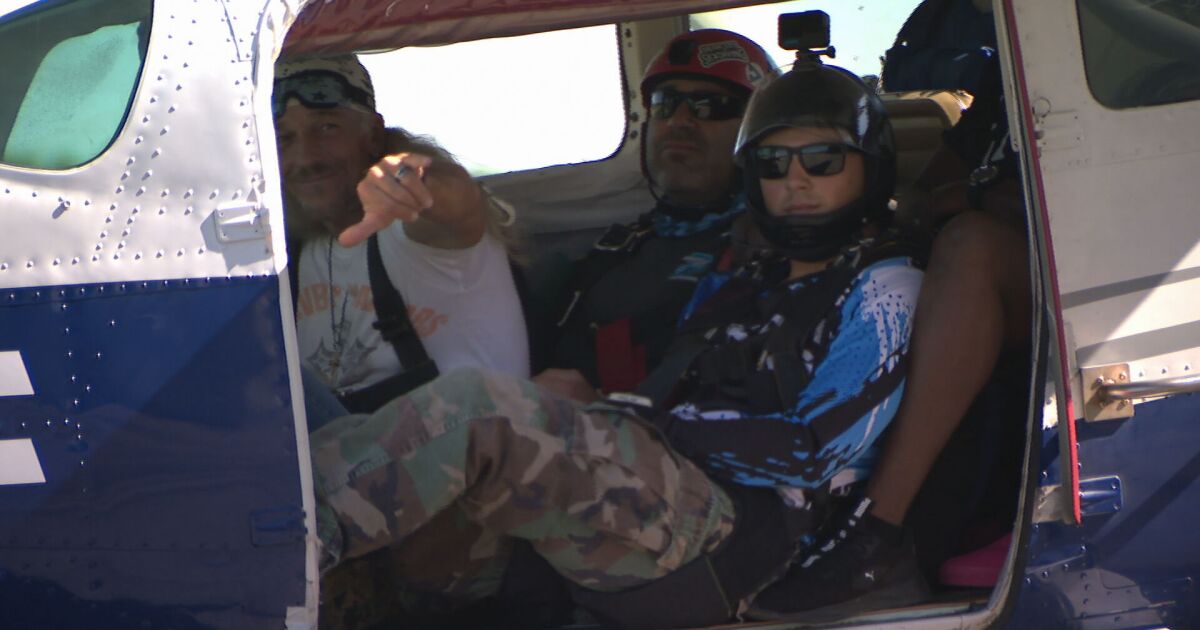 WAVERLY, Tenn. (WTVF) – As fentanyl-related deaths soar across the country and here in Nashville, advocates are doing everything they can to raise awareness and save lives.

Raymond Bruce Hill says an issue as big as the overdose crisis requires a big response. To raise awareness, he jumped over 10,000 feet above the ground.

“This is my way of showing respect and honor to those who have suffered from the disease of addiction and lost their lives to it as a result of a fentanyl overdose,” he said. .

According to Metro Police, fentanyl was detected in approximately 78% or all of the overdose-related cases. death in 2022.

Authorities are now warning that the presence of fentanyl in other drugs like cocaine and crack is growing.

AC Clark lost his son Quintenn Clark to a fentanyl overdose last year. Although he did not skydive, he was there for moral support and to encourage parents to talk to their children.

From above, Hill released the ashes of a close friend he lost to an overdose and honored the many others who suffered a similar fate.

The one he said could have been his after he attempted suicide following a heroin overdose in 2019.

After surviving, Hill started Recovery Warriors What Was Is No More, an organization that helps people fight addiction.

The most important message advocates are pushing is that there is help and hope for those in need.

If you or someone you know is struggling with an addiction and needs help, the Tennessee Department of Mental Health and Addiction Services has a list of resources.